You are at:Home»Current in Carmel»Obituary: Martin E. Logan 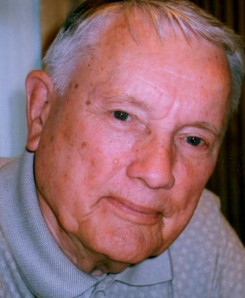 Martin proudly served in the U.S. Army during World War II in both the European and Pacific theaters. He later re-enlisted to serve in the Korean War. He retired in 1998 from Olinger Distributing Company. He was a member of Our Lady of Mount Carmel Catholic Church and was active in the American Legion, VFW, 86th Infantry Association and 424th Field Artillery, Korea. Martin was featured several years ago on the TV show “Mike Ahern, One on One.” He also enjoyed building intricate model ships from scratch.

He is survived by his daughter, Karen (David) Wray; grandson, Robert E. Logan; sister, Helen Desautels; and a brother, Anthony Logan. He was preceded in passing by a son, Marty Logan; and a grandson, Jesse Logan.

Visitation will be held from 4 p.m. until 8 p.m. Feb. 2 at Flanner and Buchanan – Carmel, 325 East Carmel Drive. Mass of Christian Burial will be at 10:30 a.m. Feb. 3 at Our Lady of Mount Carmel, 14598 Oakridge Road. In lieu of flowers, memorial contributions may be directed to the American Cancer Society. Online condolences may be shared by visiting www.flannerbuchanan.com.