You are at:Home»Current in Carmel»Obituary: Sybil Copland Eastburn 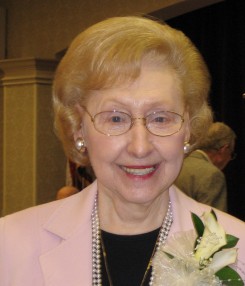 Sybil Copland Eastburn, 95, wife of the late Raymond P. Eastburn, died Feb. 18 at Carlyle Place in Macon, Ga. A private burial was held at Parkhill Cemetery in Columbus, Ga. A memorial service is being planned for a later date and time.

The Eastburns made their home in Carmel from 1967 until their retirement in 1981, during which Mr. Eastburn served as state manager for AFLAC. They attended White Harvest Methodist Church of Indianapolis. Since 2003, the couple had resided at Carlyle Place Retirement Community in Macon, Ga.

The family requests that any donations be made to the Alzheimer’s Association of Macon, Ga., 277 Martin Luther King Blvd, Suite 201, Macon, GA 31201 or to a favorite charity.