You are at:Home»Current in Zionsville»Dog found in Whitestown dumpster diving into a brighter future 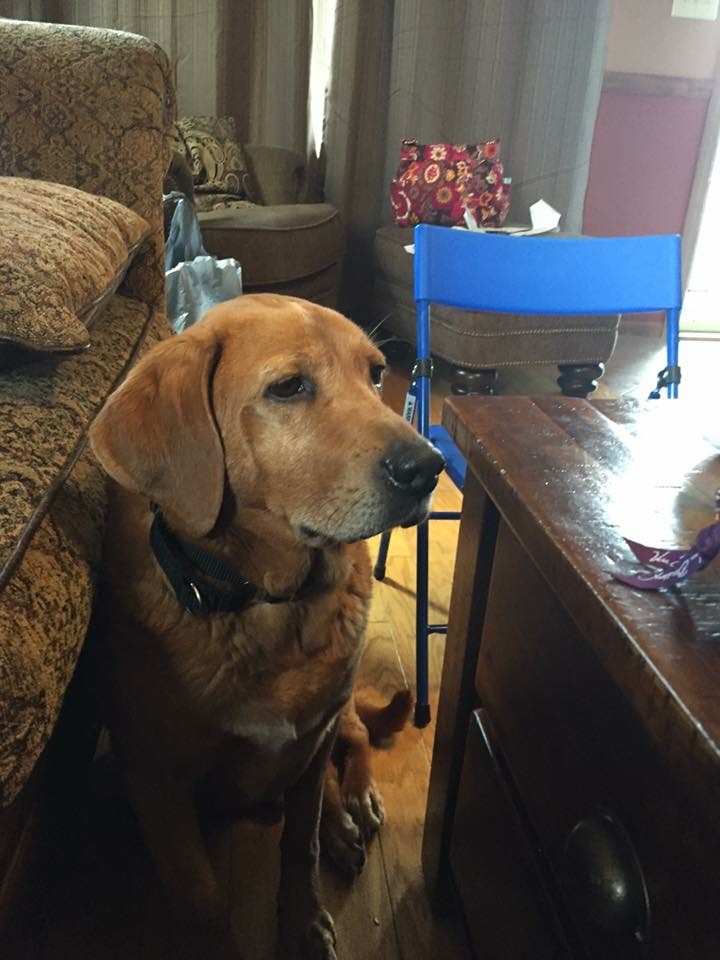 Ray, a dog found abandoned in a dumpster in Whitestown, is in good condition and living with a foster family. (submitted photo)

It’s been five days since a dog was found curled up, scared and wet, in the corner of a dumpster at a Whitestown construction site, and police still have no leads on who put him there.

A resident in the Clark Meadows neighborhood heard Ray – named after the Ray’s Trash Service dumpster he was found in – barking from inside the container and called police.

“Police don’t believe he had been there for too long. If I had to guess, he was probably placed in there after area construction workers left for the day around 5 p.m.,” Mike Hancock, president of the Humane Society for Boone County, said. “Our police department got the call around 6:30 p.m.”

Whitestown police and fire departments responded, as did Susan Austin, vice president of HSBC. It was Austin who climbed into the dumpster to rescue the dog.

Ray – who is believed to be around 8 years-old – was in good condition and appeared to have been well taken care of prior to being found in the dumpster. After being assessed by a vet, Ray was placed in a foster home.

“He is doing really well there,” said Michelle Atkinson, director of fosters and adoptions for HSBC. “He’s very sweet and loves the kids, but is a little shy with men, but overall he is doing great.”

Where he came from – and who may have left him in the dumpster – remains a mystery.

“There was a neighborhood near Carmel – about 25 minutes from here – that said they had seen him running there for about a week and a half prior to this,” Atkinson said. “Somehow he worked his way over here, so he’s been a stray for a while. But, he is in really good shape for a stray – not too thin, nails in good shape, he’s neutered – he’s definitely been someone’s pet for the last eight years.”

Charges against the person who put Ray in the dumpster could include animal neglect and abandoning an animal – both misdemeanors and carrying a sentence of up to one year in jail. There were no surveillance cameras in the construction area so police are relying on neighbors who might have seen something suspicious to help them solve the case.

Ray is on a seven-day hold before he can be adopted to give his owner a chance to claim him in case he was stolen or ran off on his own. But Atkinson said no one has come forward.

“No vets have contacted us to say he looks familiar, but this is typically how it works out – the strays we get come out of thin air and no one looks for them,” she said. “I have an 8-year-old dog, and if he got away from us we’d be a mess. Can you imagine being a senior dog and living somewhere a length of time and now, no family?”

But that likely won’t be the case once Ray is available for adoption. Atkinson said they’ve had a number of voicemails from people requesting information about Ray. One of the responding Whitestown police officers also expressed an interest in giving the senior canine a home.

“We are definitely not lacking for willing participants,” Atkinson said. “You just never know the perfect fit, so we will have to wait and see.”

Anyone with information on the case is asked to contact WPD at 769-2677.