You are at:Home»Current in Geist»Local Christians, Muslims promoting interfaith dialogue 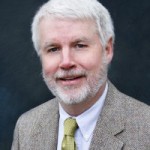 In an effort to fight “Islam-o-phobia,” local Christian and Muslim organizations are teaming up for an event designed to promote an interfaith discussion and educate attendees on the true teachings of Islam.

“The purpose of this event is to educate Hoosiers about the peaceful teachings of Islam and counter the rhetoric by groups like ISIS or Al Qaeda or other extremists who are presenting a distorted view of Islam,” said Muzaffar Ahmad, spokesperson for the Indiana chapter of the Ahmadiyya Muslim Community, the oldest and largest Muslim organization in America. “People are worried and scared about Muslims. There’s a lot of hatred and mistrust.”

The Ahmadiyya Muslim Community and Faith Presbyterian Church, 8170 Hague Rd., are hosting “Fight Fear With Knowledge” from 10 a.m. to noon March 19. Dr. David Carlson, a religion professor at Franklin College, will be the main speaker.

“He is very passionate about Christian-Muslim friendship,” Ahmad said. “He’s a big interfaith advocate, he’s written books about Islam, about Muslims, about Christians and for the last two or three years he’s been an expert on ISIS and delivers a lecture he calls ‘What Every American Needs to Know About ISIS.’ He talks about the history or ISIS and ISIL, what they believe in and how the ideology can be countered and how people can be informed. He’ll be doing his presentation, followed by time for questions and answers.”

Ahmad and representatives from the approximately 70 US chapters of the Ahmadiyya Muslim Community have been active in speaking against groups like ISIS, ISIL and Al Qaeda and promoting peace, love, non-violence and inclusion.

“It’s really difficult for all Muslims who are living in America,” Ahmad said. “Whenever something bad happens, like the recent incidents in San Bernardino, Calif., where a Muslim was involved in shooting and killing, we all feel bad of course that a human being and innocent life was lost, but we also feel like we’ve been robbed of our religion. For most Muslims, Islam is about peace and they want to live a life like anybody else. But these incidents create a distrust, hated and mistrust in the society, so it’s my personal passion to speak up and hold events like this.”

For more, visit the event’s Facebook page, IndianapolisFaith.org or TrueIslam.com, or register for the free event at Eventbrite.com.