You are at:Home»Current in Carmel»Carmel Business Local»McCrory starts Mediation Roundtable 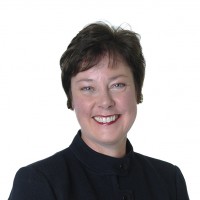 Attorney Patricia Polis McCrory recently developed the wish to have her own business.

McCrory is the owner of Mediation Roundtable, which operates out of the Carmel and downtown Indianapolis offices of Harrison & Moberly.

McCrory, an Indianapolis resident, was with Harrison & Moberly from January 1985 to December 2005, serving as a managing partner from 1993 to 1995. Then she went to work with Locke Reynolds, which was acquired by Frost Brown Todd LLC in 2009, for 10 years before returning to Harrison & Moberly in October.

“I came back as counsel and brought clients I was representing back with me,” McCrory said. “I decided I wanted to do something else so I also formed a limited liability company.”

McCrory started out with the Marion County mediation program about 20 years ago. She decided last year she wanted to start her own company. She had noticed there were only a couple of mediation companies in Indianapolis.

“For longevity purposes I decided I wanted to start a third or fourth one,” McCrory said. “I thought it would be easier to mediate both cases in Indiana and cases elsewhere if it was a company format so that was the motivating factor.

McCrory can share mediations with Harrison & Moberly depending on what expertise is needed.

“If I had something that looks like Harrison & Moberly would be better able to do, I discuss with bringing them in on that mediation,” McCrory said. “My background is I’ve done of environmental law and I’ve worked with insurance agencies a lot. So my experience has been in environmental litigation and also director and officer liability with insolvent companies. I’ve also worked with patent infringement and represented banks in various disputes. I’ve also represented insurance companies with coverage area.”

McCrory said she can mediate any complex or commercial litigation.

“My experience has been in those areas so I think I can recognize the issues, and hopefully I can help structure a resolution that is a win-win for all parties,” she said.

McCrory has been recognized in Best Lawyers (2009-2016) in areas of commercial litigation; litigation — banking and finance; mass tort litigation; class actions — defendants. She also was recognized by Indiana Super Lawyers in business litigation (2004-2016).