You are at:Home»Current in Westfield»Riverview first in state for hyperbaric medicine accreditation 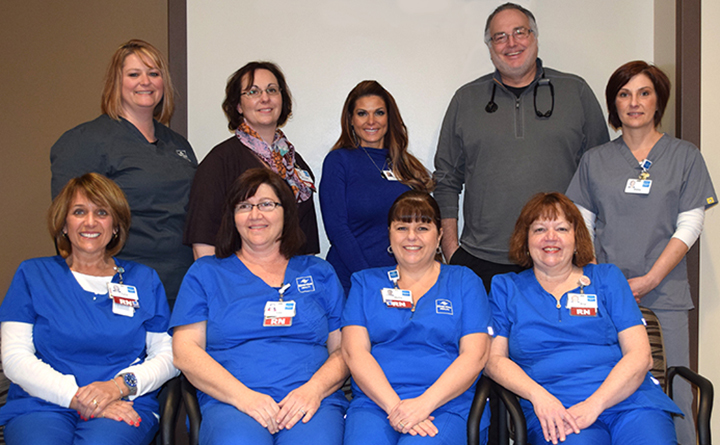 Announced Feb. 18, Riverview Health in Noblesville has been named as the first facility in the state to be accredited to its use of hyperbaric medicine by the Undersea and Hyperbaric Medical Society.

“The UHMS is the leader in directing the field of hyperbaric medicine. They are the official society that gathers the literature from the world and makes recommendations on the use of hyperbaric medicine in our American culture,” said Tracey Ikerd, M.D., medical director of the advanced wound healing center of Riverview Health. “It’s about standards. Hyperbaric medicine has come a long way. It got kind of a black eye in the ’80s because it was used outside the recognized standards. What Riverview Health has done is we have strived and endeavored to use these standards … towards creating a facility that would stand the scrutiny of the society and enhance results in our accreditation.”

Through a thorough assessment process, the hospital cooperated with UHMS to undergo equipment reviews and facility capabilities, in addition to an assessment of quality of care and staff.

The hospital’s hyperbaric chamber was added in the fall of 2013, with the organization’s expanded Wound Care Program, to add more advanced therapies and treatment options to patients who suffer from wounds that have taken longer periods of time to heal.

Ikerd said the technology is often used for patients who are diabetic, when dealing with tissues that have been damaged by medical radiation and for those who have poor circulation in their extremities.

Ikerd said the commitment to treatment with hyperbaric medicine is a long one, as a standard treatment is 1 1/2 hours, Monday through Friday, for 30 to 60 sessions, but he said it makes the commitment worth it if patients can see they are getting better.

“We’ve seen a steady increase, peaking mid to late last year. We expect that to continue to 2016,” he said. “This has been a teamwork effort. It has been a very rewarding experience and we thing it has made us a better wound center to better take us into the future.”