You are at:Home»Current in Carmel»Carmel Community»Carmel High School grad to perform in ‘Newsies’ 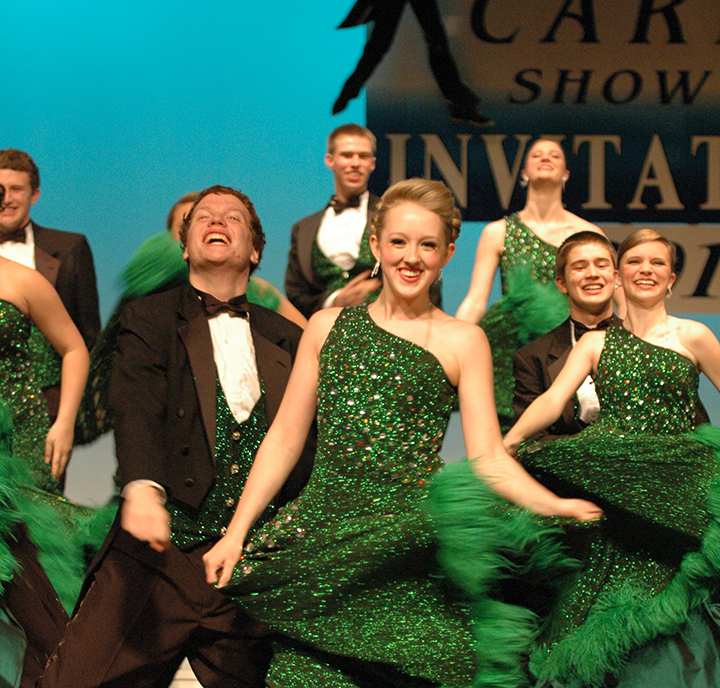 Becca Petersen has been dancing since she was 10. (Submitted photos)

Since she was 10, Becca Petersen has been heavily involved in musical theatre.

Petersen began dancing at Performer’s Edge Dance Studio and went on to participate in the performing arts offered at Carmel High School. She realized she wanted to pursue theatre and dance and graduated from Brigham Young University in 2014 with a degree in music dance theatre. She has performed at the Muny in St. Louis and Musical Theatre Wichita.

She moved to New York to pursue her dream job and now the 24 year old will be returning near to her home town, performing as an understudy in the national tour of the Broadway hit “Newsies.” The performances will take place at Butler University’s Clowes Memorial Hall from March 15-20 at varying times.

“Newsies” follows the true story of Jack Kelly and the Newsboys, and the real news strike in 1899 in New York City.

“What made me want to pursue this as a career is whenever I got the chance to go see theatre, I felt so overwhelmed with all these emotions and felt so happy,” Petersen said. “What makes me want to perform is being on stage and being part of such an amazing production gives me an opportunity to give that same feeling to the audience. I think theatre can be incredibly uplifting and really special and that’s why I love to do it.”

Petersen has never performed as an understudy before, but she enjoys the challenge of the change. As an understudy, if any of the performers get sick or are on vacation, Petersen will get to go in. She must keep up with the roles of two girl ensemble parts and two principal parts.

“It’s my first time being a swing, and it’s a totally different experience than being in the show every night because you are expected to keep up with all choreography and go on at fly in any moment,” she said. “It’s not just remembering one role, it’s remembering four. Being a swing is a challenge of itself and I love doing it. Understudying these principal roles (in ‘Newsies’) has been neat because I’m also a dancer so having new experiences and also having to take on these lead roles and make them my own is helping me gain experience.”

Petersen said that so far, she has enjoyed living the life of an auditioning New York performer and, as of lately, living on the road since January for the national tour of “Newsies.”

“It has been such a neat experience living on the road and living out of a suitcase and traveling each week to a new city and checking out the hotspots in each city and checking out what makes it unique,” Petersen said. “It has been one big family, everyone is so supportive and loving, and we spend all day together. We have the best times and then we do the show at night. It has been incredibly positive and more wonderful than I expected.”