You are at:Home»Current in Carmel»Obituary: Rebecca Lee 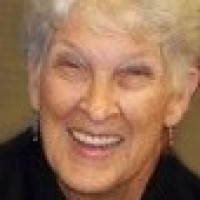 Rebecca Lee, 75 of Carmel (formerly of South Mississippi) passed away on March 12 at St.Vincent Hospice in Indianapolis. She was born on August 18, 1940, to James and Lizzie (Baker) Martin in Picayune, Miss.

In addition to her parents, she was preceded in death by her son, William P Lee, Jr.; and brother, James M. Martin, Jr.

Rebecca worked as a bookkeeper most of her life and volunteered in that capacity quite often. She also enjoyed serving as the record keeper for the many bowling leagues in which she participated. Rebecca lived in at least eight states during her life, and was actively involved in all the churches across the country in which she was membered. Most recently, she attended Venture Church in Westfield.

Rebecca enjoyed bowling, fishing, crocheting and crossword puzzles. She was active in the Civitan International organization for many years. In 2000, she realized her dream of owning a bookstore by opening Becky’s Book Nook in Frankfort. She bowled with Bill in couple’s leagues and individually all her adult life. In 2004, Rebecca won the Indiana State Senior Women’s bowling tournament and went on to Nationals in Las Vegas. She also collected ships and lighthouses, and simply adored the coastal area in Mississippi where she grew up.

More than anything else, Rebecca enjoyed her family. She was a devoted wife, mother, grandmother and great-grandmother. Every square inch of the walls of her home were covered with photos of her family. That devotion is a legacy her family cherishes.

Services will be held at 2 pm on March 19 at Randall and Roberts Fishers Mortuary, 12010 Allisonville Road, in Fishers with visitation from noon to the time of service. Burial will be at Eagle Creek Cemetery in Westfield.

Memorial contributions may be made to Student Impact of Westfield, PO Box 526, Westfield, IN 46074.