You are at:Home»Current in Carmel»Carmel Community»The Warehouse adds theater seats 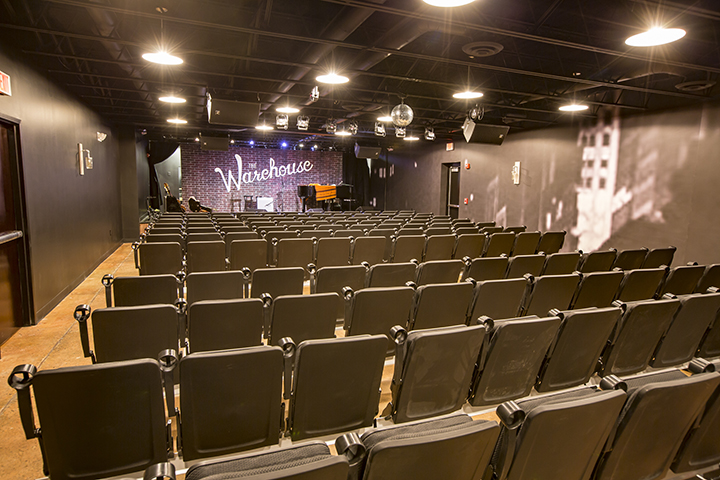 A look inside at the new seating. (Submitted photo)

Carmel’s The Warehouse has a new look with more comfortable seats.

The final piece was adding the theatre-style seats, just about a half-hour before the doors opened for the March 4 show with Rickie Lee Jones.

Heather Ramsey Clark, owner and president of The Warehouse, said the renovations took about four weeks.

“Our contractor is outstanding, he always does a great job for us,” Clark said. “We were grabbing the chairs at the last minute and it was wonderful to see people actually use them and enjoy the facility in a whole new way.”

Clark said video monitors have been added on each side of the stage to credit The Warehouse sponsors or for video clips performers want to run with their shows. A barn facade has been added to the front of the stage, which has been lifted about eight inches. The seating capacity remains 150.

“This provides a much more comfortable experience for the guest,” Clark said.

Laurie Campbell, The Warehouse chief operations officer, said the renovations started with the need to upgrade the seating.

“When we found chairs that we liked (with cup holders) and that were going to work for the venue we found out we needed a little more room,” Campbell said. “So we had to move all of our walls to meet the (fire) codes. We have pretty much overhauled the whole interior.”

There are some other noticeable changes.

“We laid out a new merchandise booth because all our national acts come with their own merchandise,” Clark said.

The bar has been redesigned in the same space it was occupied.

“We upgraded the menu as well,” Clark said.

“We made a lot of great strides in making the website very accessible and very simple to access tickets,” Clark said.

Clark said a new feature in customers can select their seats.

“He has a laundry list as long of my arm of acts he has worked with in town,” Clark said. “He has several acts signed to major record deals. He has very deep connections in the music industry and has brought us a wealth of opportunity as it relates to the acts we are booking now.”