You are at:Home»Current in Zionsville»Author Katrina Anne Willis finds way from benefit luncheon audience to stage 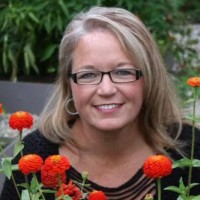 This year she will be one of the six featured authors from 10 a.m. to 2 p.m. April 15 at the Indiana Roof Ballroom in Indianapolis.

“I attended it for the first time with my cousin 12 years ago and said ‘I’m going to speak here some day,’” Willis said. “It sounds very cliche to say it’s a dream come true, but it really is. Twelve years later, I get to sit on the stage instead of the audience, which is really exciting. It’s a bucket list item for me. It’s my very favorite event.”

Willis, whose husband, Chris, was formerly the Zionsville Community High School principal, will discuss her first novel, “Parting Gifts,” which will be published on April 19.

“It’s about three sisters and their relationship with each other and how that relationship evolves after a tragic loss in one of their lives,” Willis said.

Willis will talk about the book and the writing process. Willis, who turns 46 on March 20, said the literary fiction novel took about four years to write.

Chris is now an associate professor at Bowling Green State University and the family lives in Perrysburg, Ohio. Previously he had been a professor at Mississippi State. After living in Zionsville for 10 years, the family moved about five years ago.

Willis, an English major at Ball State, worked two years for the Zionsville Education Foundation before Chris became principal. To avoid a conflict of interest, she had to give up that post.

Willis has written a blog and for several different magazines. She is a senior marketing copywriter.

“I’ve written my whole life,” said Willis, who has four children ranging in age from 13 to 19 years old.

She is working on a memoir book now.

For tickets, visit christamorehouseguild.org. For more on Willis, visit katrinaannewillis.com.