You are at:Home»Current in Zionsville»Zionsville man arrested for firing gun after tree-cutting service blocked his driveway 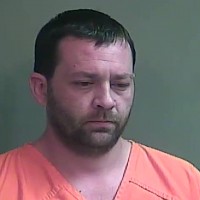 A Zionsville man was arrested March 16 after firing a gun in frustration because crews from a tree-cutting service were blocking his driveway.

Police said Jacob M. Pope, 33, claimed that he fired a shot into the ground to get the attention of an excavator operator to move the truck that was blocking his driveway in the 5100 block of U.S. 421.

Zionsville police found three empty .45 auto Winchester brand casings at the scene. They also recovered a Glock model 30 .45 auto with 10 round clips. One of the victims told police that Pope had pointed his firearm at them.

Pope was arrested and charged with criminal recklessness and pointing a firearm. He was transported to the Boone County Jail without incident.