You are at:Home»Current in Carmel»Carmel Community»Songbook Academy preps for summer session 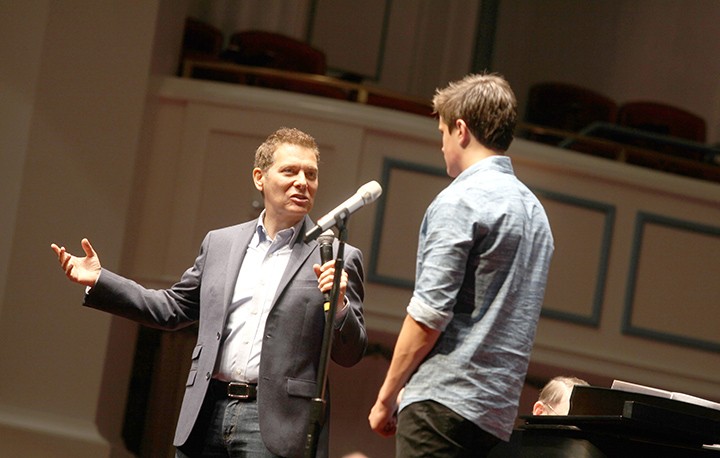 If only Michael Feinstein had had “The Songbook Academy” when he was in high school dreaming about a career in music.

“It would have changed my trajectory and brought me to my goals much sooner,” said Feinstein, the artistic director of the Center for the Performing Arts. “The academy is a place where young people can come and learn about the ‘Great American Songbook’ in a very intense fashion.”

As it turned out, Feinstein did okay without the benefit of the academy. The multi-platinum-selling, two-time Emmy and five-time Grammy Award-nominated entertainer performs in more than 200 shows a year.

“We have kids from all over the United States come here to learn how to interpret and share this amazing American heritage,” said Feinstein.

High school students must apply (there is a $50 fee) by March 25 online at TheSongbook.org. Approximately 40 students will be invited to participate. Students will work with music industry professionals, Broadway performers and educators from the top university music and theater programs. The academy will conclude with a live show and awards presentation on July 23 at the Palladium.

“From our staff of experts from every field related to American popular songs, the youths learn not only about phrasing and musical technicalities but also how to present themselves on stage,” said Feinstein. “Each year we see young people transition in ways that are absolutely wonderful and beautiful.”

For questions, students can reach Songbook Foundation staff at 844-9446 or by email at SongbookAcademy@TheSongbook.org.