You are at:Home»Current in Carmel»Carmel Community»After deputy shooting, a look back at local officers who died in the line of duty

The shooting death of Howard County Deputy Carl Koontz on March 20 has shocked and saddened the entire state of Indiana.

It’s a reminder how our law enforcement puts their lives at risk every day to keep our communities safe and secure.

And his death hasn’t just had an impact on his home of Kokomo. Even here in Carmel, police officers and community members have felt the pain. On March 21, crowds stood on the 111th Street bridge over US 31 to watch and salute as the procession for Koontz traveled through Carmel.

Koontz’s casket arrived at Northwestern High School on Monday morning and visitation was available that day. His funeral was March 29.

I thought it might be appropriate to take this time and look back at the police officers in Hamilton County who have lost their lives in the line of duty. We should take this opportunity to really reflect on what our officers go through. 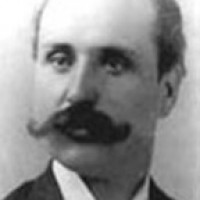 After only one year with CPD, Carey was shot and killed by a traveling evangelist known as “Cyclone Johnson” who was famous for his short temper and habit of assaulting those that disagreed with how he preached. Carey arrested Johnson for assault and battery and was transporting him to a nearby livery stable for trial when a crowded gathered and Johnson shot Carey twice in the chest with a pistol. 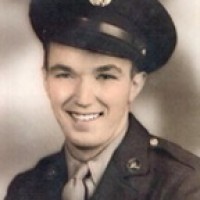 Castor, a patrolman, was killed in a motorcycle accident after only two weeks on duty with the Noblesville Police Department. 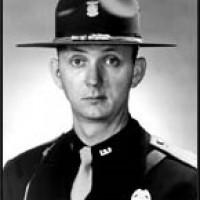 Brown, a trooper, was struck and killed at an accident scene on I-74 at the 54-mile marker near Lebanon. He was investigating an accident between a car and a tryk when he was struck by another vehicle around 7 a.m. Two others will killed in the accident and another was critically injured. Brown served 12 years with the Indiana State Police and was survived by his wife, son and three daughters. He was a U.S. Merchant Marine and US Army veteran. 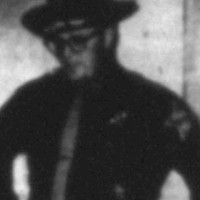 Brown, a deputy, was investigating a suspicious person behind Westfield High School, related to the theft of livestock. He asked for a records check over the radio but when the dispatcher attempted to contact Brown there was no reply. An officer went to check on Brown to find him shot to death in his patrol car. He was believed to be shot with all six rounds from his service weapon. The suspect was apprehended and convicted of murder. He died in prison serving a life sentence. Brown had been on the force for three years and was survived by his son, daughter, brother, three sisters and parents. 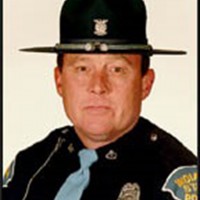 After 16 years on the force, Greene, a trooper, was shot and killed when he stopped to question two men who he observed urinating along the side of I-65 in Marion County. He learned both men were wanted for outstanding warrants and when he tried to handcuff one suspect the other shot and killed him.

Greene also served in the Indiana National Guard and was survived by his son and daughter.