You are at:Home»Current in Carmel»Carmel Community»Swartzwelder to speak at Lumen Christi fundraiser 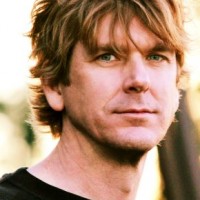 Swartzwelder, an actor, writer and director, will speak at Lumen Christi Catholic’s annual Light in the City Dinner and Auction fundraiser, which begins at 6 p.m. April 22 at the Ritz Charles in Carmel.

Actor-director Swartzwelder’s movie, “Old Fashioned” was named Best Christian Film by Focus on the Family’s 2016 Plugged In Awards. The movie is about a former ladies’ man and a free-spirited woman who begin an old-fashioned courtship.

“The big reason we wanted to bring him in is he shares our mission to try to transform the culture for Christ,” Adams said. “We’re trying to do that and he’s trying to do that in a different way. We’re all trying to be counter-cultural in a really positive, joyful, hopeful way. That’s the value in bringing Rik in and where we see our two missions intersecting.”

The Indianapolis school runs from pre-kindergarten (4-year-olds) through 12th grade.

“Rik is the quintessential modern evangelist, using our growing entertainment culture to reach people at intellectual and emotional levels,” Adams stated in a release. “This event would appeal to anyone who wants to support what I consider a cultural David and Goliath phenomenon: a small school willing to be classically Catholic in an age of growing secular control over parochial schools, and a writer/actor devoted to Christian virtue in an industry dominated by decadence.”

The evening begins with a cocktail reception and silent auction. Dinner begins at 7 p.m. The cost is $75 for an individual or a table of eight for $550. Sponsorships are also available for preferred seating and prizes. For more, contact Cheryl Dye at 317-407-6881. For online registration, visit lumenchristischool.org.

The Light in the City event, one of the school’s two major fundraisers for the year, helps fund student scholarships, teacher salaries and instructional needs for Lumen Christi.