You are at:Home»Current in Carmel»Carmel Community»Eden Glen homes featured in mid-century modern tour 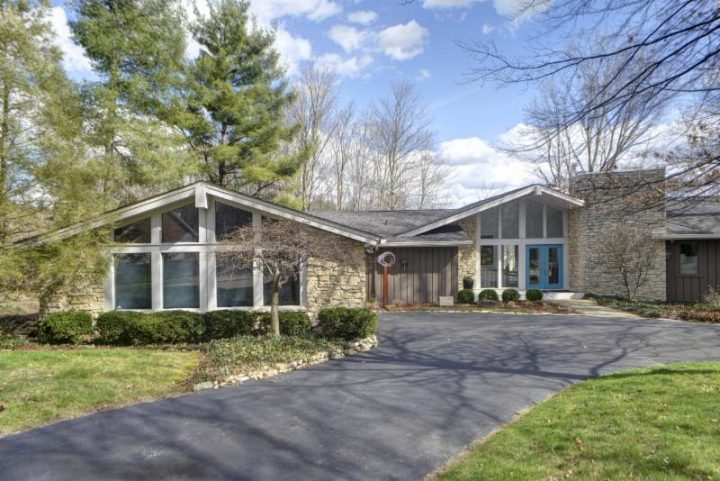 The Back to the Future home tour will feature five homes in the Eden Glen neighborhood. (Photo by Garry Chilluffo/Chilluffo Media)

Five Carmel homes will be featured in Back to the Future: A Mid-Century Modern Home Tour. The June 4 event is organized by Indiana Modern, an affinity group of Indiana Landmarks.

Indiana Modern, began arranging home tours across the state in 2007 to help inform the public about building preservation. Past tours have featured the work of Carmel architectural designer Avriel Shull.

Proceeds from the tour will go toward continued preservation efforts in Indiana.

“Much of our work is to prevent demolition and find the money to preserve (these homes), so they don’t deteriorate or decline,” said Mark Dollase, Indiana Landmarks vice president of preservation services.

Homes in Carmel’s Eden Glen neighborhood were chosen for this year’s tour.

“The developers who laid out that area did a nice job creating winding streets through the rolling hills and the woods,” Dollase said.

More than 1,000 people from Indiana and beyond are expected to participate in the home tour. The headquarters for the tour will be at Mohawk Trails Elementary School, which will offer parking, restrooms and shuttles.

“Some come for a fun day out and some come to enjoy the architecture and to gain ideas for their own homes,” Dollase said.

In conjunction with the event, the Indianapolis Museum of Art will host a free event from 6 to 7 p.m. June 2 featuring a presentation from author and filmmaker Eames Demetrios, the grandson of modernists Charles and Ray Eames – legacies in architecture and design.

Back to the Future home tour