You are at:Home»Current in Fishers»T-shirt campaign seeks to redefine normal 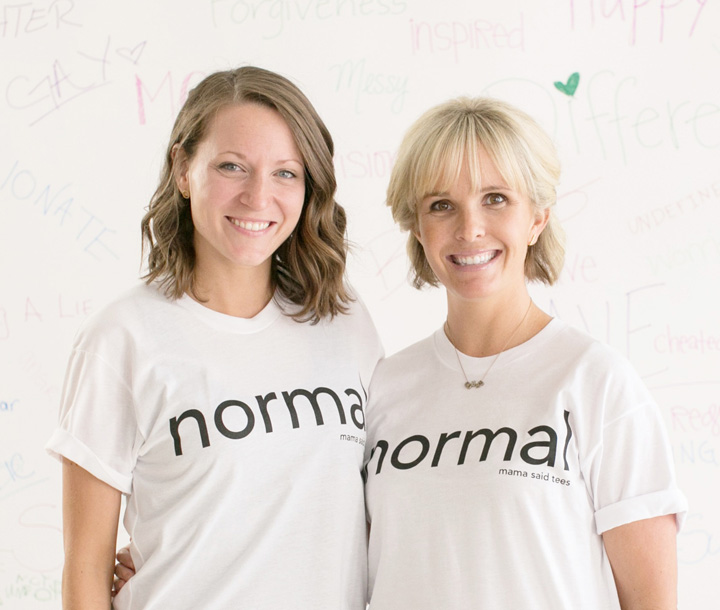 A world where it is normal to be different.

Their business, Mama Said Tees, has produced a campaign called “Let’s Redefine Normal.” The T-shirts are being sold with the word normal on them.

“We’re not saying you have to support other people’s decisions, we just want you to be nice and not judge,” Stine said. “People look at me, and on the outside, might think I’m happy-go-lucky. They would never dream that I or my family have been through what we’ve been through.”

Her older sister, Shannon O’Malia Hall, was killed by her ex-husband, David Hall, in a murder-suicide in July 2014 at her parents’ home in Carmel. Shannon was a teacher at Saint Louis de Montfort Elementary School in Fishers.

Stine, 32, and her husband moved from St. Louis to Carmel to raise her two nephews, Connor and Danny, along with their own three young children, including her baby, Shannon. Connor just turned 12 and Danny will turn 10 on June 8.

The video of “Let’s Redefine Normal” can be found on mama-said-tees.myshopify.com. The video gives examples of biracial and lesbian couples as well as individuals with disabilities.

“Everyone has busy lives. I know it’s hard to find time to sit down with your kids and have a conversation about treating people well,” Stine said. “It’s nice you can sit down and watch this video and say, ‘Tell me some things about some kids at your school you don’t perceive as normal, and let’s talk about that. How can we change maybe how you and others treat them.’ It could catch like wildfire if the right people see it.”

Stine said she understands children’s curiosity but said she would answer questions privately.

“I just don’t want them to ask me point blank in front of someone that might have a physical disability or difference,” Stine said. “I don’t want that person to feel less human because you’re looking at them funny or saying what’s wrong with that person.”

Stine said 15 percent of sales of the Normal T-shirts go to PACER’s (Parent Advocacy Coalition for Educational Rights) National Bullying Prevention Center. Stine is in charge of the creative aspects of Mama Said Tees while Berkowitz, from a Chicago suburb, handles the business end.