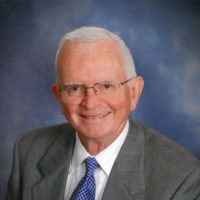 Randy Sorrell had long been a fan of George Davis’s invocations delivered at Carmel Chamber of Commerce events.

“For two or three years, I kept telling him he needed to write a book because his prayers were phenomenal,” said Sorrell, a Carmel resident. “I prodded him relentlessly until he agreed to write a book.”

With Sorrell’s help, they self-published the book through DiggyPOD.

“He’s been very helpful by encouraging me and helping with the practical arrangements of getting it to something that I can hold in my hand,” Davis said.

The book is called “Day One Prayers: Public Prayers for Personal Use.”

“Most of these were prayers rewritten from invocations that were given at the Carmel Chamber of Commerce, which is now OneZone,” Davis said.

There are 52 prayers along with other prayers for different occasions, such as birthdays, illnesses and the death of a loved one. Davis said some of the situational prayers were from other material.

“The original purpose of the prayers was to offer a word of encouragement to people in the midst of their daily lives,” Davis said. “Reminding them of their best motives and goals and that they are not alone in trying to do their best regardless of circumstance was the goal. It is in that spirit that the devotional (book) was put together.”

Davis, who turns 77 June 13, is employed by the Carmel Police Dept. as its senior chaplain. The former pastor retired from parish work at St. Mark’s United Methodist Church in 2002.

Proceeds from the book go to the Nancy Blondin scholarship fund at OneZone. Blondin, a former Carmel Chamber of Commerce director and co-founder of CarmelFest, died in 2015. The book is on sale at OneZone.

Both Sorrell and Davis credited OneZone President Mo Merhoff for supporting the book.

“Mo has been helpful in terms of encouragement and ideas and advice about the format,” Davis said.