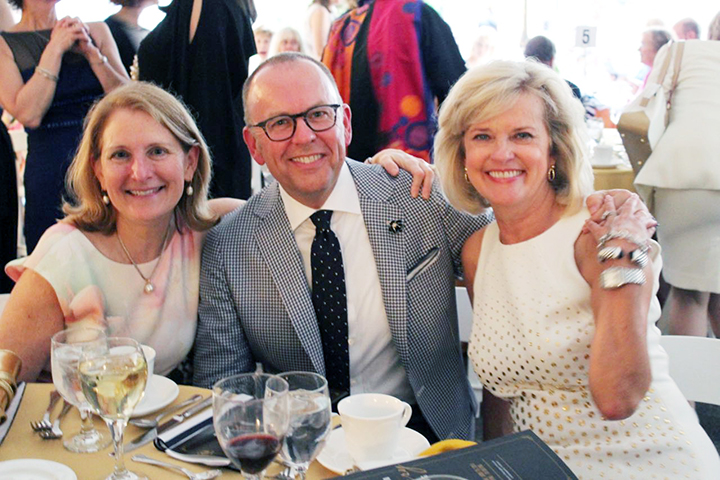 That’s because the Civic Theatre’s first show of the 2016-17 season (starting Oct. 21) will be Mel Brooks’ “Young Frankenstein,” which includes a parody of the song “Puttin’ on the Ritz.”

The fundraiser will be held at the Tarkington and the Studio Theater, 3 Center Green, Carmel from 7 to 10:30 p.m. June 18.

“(The fundraiser) will be a droll look forward to our 102nd continuous season of providing theater access,” said Catherine Dixon, Civic Theatre managing director. “Funds raised at the event will support the theater’s many well-established theater education outreach initiatives, including Storytime with Civic, Perfect Harmony and SneakView. Each year, Civic serves over 20,000 community members of all ages and abilities through educational programs and productions.”

There will be a silent auction and a wine pull.

A buffet sit-down dinner, in the Studio Theater, will be provided by Jonathan Byrd’s Catering. Members of Civic’s IPL Orchestra will perform during the dinner. The dinner program will include Brent E. Marty, Civic’s director of music and education, serving as masters of ceremonies.

There will be performances by current and former Jr. Civic students, as well as an annual Jr. Civic Awards presentation.

The gala coincides with the Jr. Civic Theatre’s performance of the “Trial of Goldilocks,” which runs June 17-22 at the Tarkington. There will be shows at 2 and 5 p.m. June 18, with the second show ending in time for the gala.

Table sponsors are available for $1,000 for eight people. Individual tickets are $150.