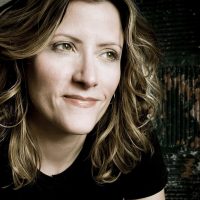 Michelle Malone sees no need to be pinned down to one genre.

“We used to have to fit nicely into a box because of radio stations and record stores so they know where to put it,” Malone said. “We don’t have to worry about that anymore, all we have to do is throw the music up on iTunes. The landscape is different. I think music fans are a lot more intelligent about music. They don’t need to be told what something is. They don’t need it in a nice little box.”

Malone, a singer/songwriter from Atlanta, will appear at The Warehouse in Carmel at 8 p.m. June 9.

“I’m going to be playing an acoustic guitar and singing my (butt) off,” Malone said. “I have some really good fans in that area and I’m excited to come up and play for them. The intimate settings (like The Warehouse) are fantastic because you can really interact with the audience.”

“I just make the music that I’m passionate about and that comes naturally to me,” she said. “If other people need to put labels on it so they understand it better, that’s fine with me. But it’s not my job. I have songs that will make you laugh, and songs that will literally bring you to tears,” she said. “Then rest is kind of in between those bookends.”

Malone is touring in support of her 13th studio album, “Stronger Than You Think,” released in 2015.