You are at:Home»Current in Westfield»Interact reflects on first year

Interact is a partner organization of Rotary International and focuses on local service as well as international awareness. Interact is required to do two service projects per school year. One must be within the chapter’s community, and the other to raise awareness for a global issue. 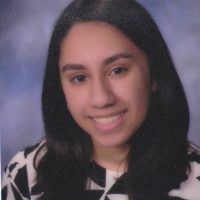 Amna Yaqub, a WHS 2016 graduate and president of Interact for the 2015-16 school year, led the club in these projects.

“Our service projects are really group projects,” Yaqub said. “Interact is really about being together as a group to make projects become true.”

This year, Interact worked with Prevail, which provides domestic violence and assault help to Hamilton County, to increase awareness of sexual assault at WHS. Interact conducted a survey to gauge knowledge of the student body about sexual assault and created a PSA video for students the week before prom. The video gave suggestions on how to handle possible sexual assault.

“It’s definitely an issue that we can’t ignore,” Yaqub said of the project.

The 60-member club is divided into separate committees. The club meets every other week and committees meet independently on alternating weeks during the school year.

Yaqub said she feels that the impact of Interact is unmatched.

“I’ve learned that service doesn’t have to be this ordinary thing,” she said. “People can come together in groups and get projects done, and I learned that high schoolers can make a difference even though we think that we may not be doing that much to help. We still can.”