You are at:Home»Current in Fishers»Body of Carmel man found in White River in Fishers

Kayakers found the body of a missing 55-year-old Carmel man July 22 in the White River. 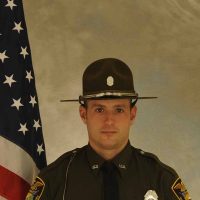 The body of Mohamed Asif was found near the 13000 block of Brooks Landing Place after what appeared to be days in the White River. Indiana Dept. of Natural Resources conservation officers as well as from Fishers and Carmel fire departments and Carmel police responded to the scene.

“It’s probably a quarter of a mile or half a mile south of Conner Prairie on the White River,” IDNR Conservation Officer Jet Quillen said. “There was a missing person’s report filed with the Carmel Police Dept. about two days prior to the body being located. He was missing; we just don’t know what happened.”

In a statement released on Facebook, Connor Prairie said it was temporarily closing its Treetop Outpost exhibit in the park’s back woods as well as the 1859 Balloon Voyage experience that overlooks the area from above.

“The Hamilton County coroner has done an autopsy, but he is awaiting toxicology results before he will release the cause of death,” Quillen said. “Right now, investigators are completing interviews with family members, friends — anyone that can give any kind of idea about what happened and what possibly could have led to him ending up where he was.”

Toxicology results could be available within two weeks, Quillen said.