You are at:Home»Current in Carmel»Carmel Community»Ducks – and droppings – still a problem at Carmel’s reflecting pool 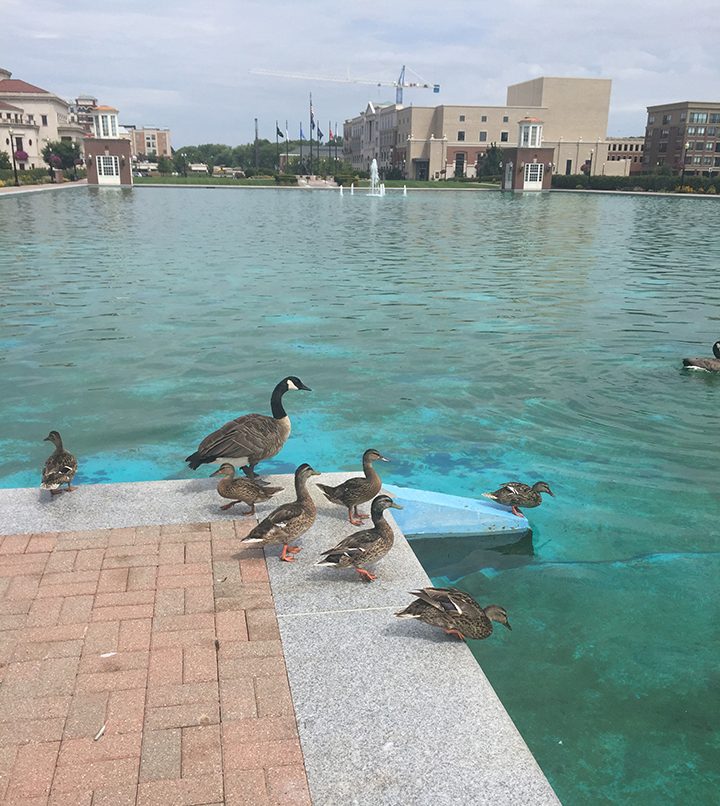 The city has installed duck ramps in its reflecting pool to help ducklings exit the water. (Photo by Adam Aasen)

A little more than a year ago, the City of Carmel reopened the Veteran’s Memorial reflecting pool at City Center after spending nearly half a million dollars to repair damages. Since then, the city has been dealing with ducks nesting in the pond and leaving waste on the sidewalk that costs tens of thousands of dollars to clean up.

Carmel Mayor Jim Brainard said the city hired a private company to remove the ducks and relocate the nests in a new location. Once the ducks were moved, the city removed the “duck ramps” in the pool, which help the ducklings exit the pool so they don’t drown.

Well, the ducks are back. But not as many.

“If you miss a nest, then you’ll get five or six ducks that are still there,” Brainard said. “So we put the ramps back up.”

Brainard said the duck waste can be toxic and a public health concern. It’s costly to clean up, he said, and it was becoming a necessary task on a daily basis. He said he didn’t know where the ducks were moved or the exact cost, but he emphasized that no ducks were harmed or euthanized. He said all state guidelines were followed.

“We’re trying to encourage them to nest in a more appropriate location,” he said.