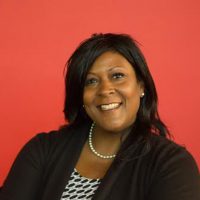 Since 1999, Great Homes Great Music has been a fundraiser for the American Pianists Association. The event first took place in the homes of Charlie and Jackie Davis and Al and Kathy Hubbard. This year, the fundraiser will be 7 to 9 p.m. Aug. 25 at the Fishers home of Wayne DeVeydt and his wife, Michele Jackson.

A four-course meal will be prepared by Patrick Whetstone, the private chef for DeVeydt and Jackson. Sean Chen, a 2013 classical award winner, and Sullivan Fortner, a 2015 jazz award winner, will perform on a 9-foot concert grand Steinway piano. Vanessa Phelps will perform with Fortner.

“VIP ticket holders will be greeted with a champagne reception and treated to a private tour of the grounds by the hosts,” Spears stated. “The grounds include the main house, guest house and ranch apartment. VIP and general admission ticket holders both will enjoy a chef-prepared four-course meal followed by a concert featuring APA fellows Sean Chen and Sullivan Fortner along with local jazz vocalist Vanessa Phelps.”

The event is open to the public. Although VIP tickets are sold out, general admission tickets are available for $350. Tickets can be purchased at eventbrite.com/e/great-homes-great-music-tickets-25954366208. The address of the home will be sent after tickets are purchased.

Jackson is the founding partner of Harden Jackson Law and founder of Global Orphan, and DeVeydt is a recently retired executive vice president and chief financial officer of Anthem.