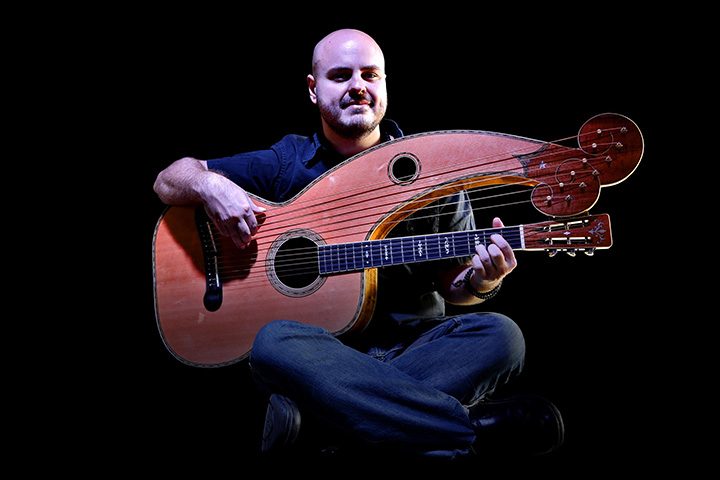 Andy McKee took advantage of YouTube to expand his fan base.

During the early stages of YouTube, which was founded in 2005, McKee started to put up his music videos.

“We were trying to reach some new people who might be interested in acoustic guitar, but we had no idea it would go viral like it did,” said McKee, who will perform at 8 p.m. Aug. 26 at The Warehouse in Carmel. “It reached a lot of different people that maybe never would have listened to instrumental acoustic guitar before. It’s a good platform for me because of my approach (fingerstyle) to guitar playing has a visual component that is interesting. I try different techniques that maybe people hadn’t seen before, like playing over the top of the guitar and using guitar body for percussion sound. It helped me a lot, for sure. It really brought my music to millions of people all over the planet.”

YouTube led to a memorable experience of performing with Prince.

“He discovered me on YouTube and liked what I was doing and my different approach to acoustic guitar playing,” McKee said.

McKee met with the late legend, who died in April, and rehearsed at Prince’s Paisley Park Studios in Minnesota. McKee, 37, then performed in nine concerts with Prince in Australia in 2012.

“I sat in with the band for six or seven tunes,” McKee said. “He had me open the show with an acoustic arrangement of ‘Purple Rain.’ It was a huge honor. I would never imagine he would ever know who I was. It’s a real shame that he’s gone already. He was really talented. I was so impressed with the time I had with him.”

“So we titled the tour ‘The Next Chapter,’” McKee said. “Something I always wanted to do was get a live album out.”

McKee said he plans about six months off from touring in 2017 to work on a full length album of new music.