Lori Raffel has been in the Indianapolis-area theater world for years. 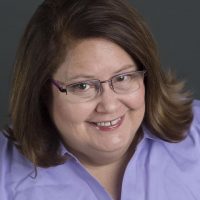 Yet the 1976 Carmel High School graduate credits her CHS theater teacher Terry Fox and drama theater Jerry Johnson and her experience with Carmel Community Players with her success as artistic director with Theatre on the Square, at 626 Massachusetts Ave., Indianapolis.

“They both instilled in me that anything is possible,” said Raffel, who became TOTS artistic director three years ago. “Theater can be a family and that’s what I’m trying to do at TOTS. I learned to make something from nothing from Mr. Fox at (CHS) and that was before we had much money for theater.”

Raffel, an Indianapolis resident, has been on the CCP board for more than eight years, presently serving as vice president.

“I don’t want it to be a clique,” Raffel said.  “We’re tried hard not to do that at (CCP). It’s not the same people over and over being cast. We’re always trying something new, whether it be a musical or a drama.”

Raffel said shows can be contemporary, but don’t have to be edgy.

“We try to do a show for families every year, usually at Christmas,” Raffel said. “I like to find new stuff that hasn’t been done around here.”

TOTS was run by Ron Spencer for the first 25 years before he retired to Puerto Vallarta, Mexico. Prior to taking the TOTS position, Raffel was Marketing and Media Relations Director for Phoenix Theater in Indianapolis.

“We survive on our ticket sales and donations,” Raffel said.

TOTS was struggling when Raffel took over, but now has been able to hire an employee in charge of marketing and facilities.

Raffel started off acting at CHS, but Fox suggested she become a stage manager.

“I don’t want to be backstage, I thought, ‘That’s horrible. Who would want to do that?’” Raffel said. “I loved it. I very rarely get on stage nowadays. I just love directing.”

Raffel directs four shows per season at TOTS. She will direct “Barefoot in the Park” Sept. 30-Oct. 16 at CCP.

Correction: A previous version of this story misstated Raffel’s title at the Phoenix Theater in Indianapolis. She was not artistic director at Phoenix Theater, she was the Marketing and Media Relations Director.