You are at:Home»Current in Fishers»Citizens State Bank coming to Fishers’ Nickel Plate District 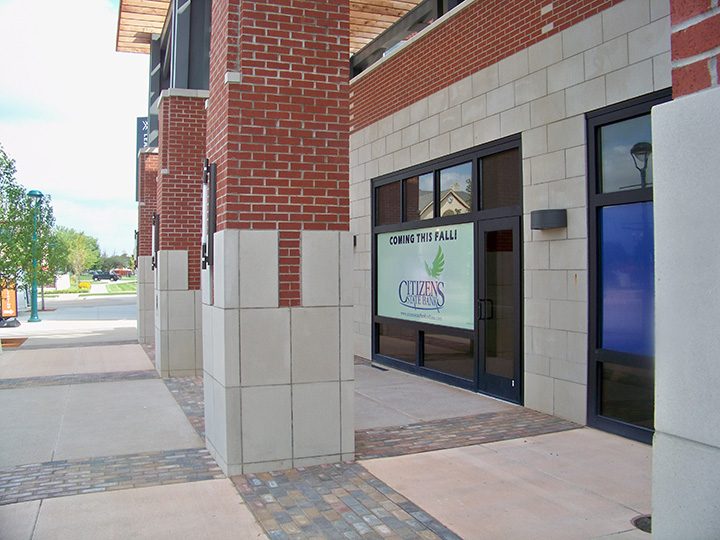 The new Citizens State Bank branch in The Switch will be the first banking location in the Nickel Plate District when it opens later this year. (Photo by Sam Elliott)

Work is under way on the new Citizens State Bank inside downtown Fishers’ The Switch development. Expected to be completed and open in the fourth quarter of this year, the expansion will bring the first full-service banking branch to the Nickel Plate District.

“This is a great addition to the Nickel Plate District,” Fishers Mayor Scott Fadness said. “Citizens State Bank has already proven to be a great community partner through sponsorship of our parks department and the Fishers Freedom Festive, and I welcome the expansion into our downtown.”

Inside The Switch, located at the corner of 116th Street and Municipal Drive, the Citizens State Bank branch is in the west side of the development facing Municipal Drive and the Nickel Plate District’s Central Green.

The branch will occupy a 3,200 square-foot space and will employ five new employees in addition to the bank’s first area employees.

“Fishers has been a part of Citizens State Bank’s growth strategy for some time,” said the bank’s president, Dan Maddox. “We opened a load office in 2013 with longtime Fishers resident John DeLucia at the helm and later hired another Fishers resident, Elliott Somers. As we looked at locations for a full-service bank, Fishers’ vibrancy made it a logical choice. A smart, vibrant and entrepreneurial city needs a bank in the heart of its business district. What’s happening in Fishers is very exciting, and we’re very excited to be a part of it.”