You are at:Home»Current in Carmel»Carmel Business Local»PIP in Carmel receives Franchise Top 25 Award 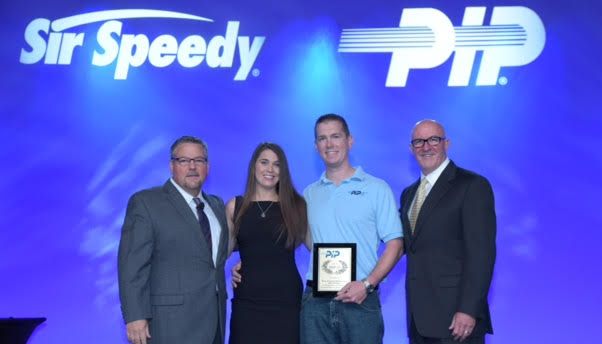 PIP in Carmel recently received a Top 25 Sales Volume award recognizing the business as one of the top 25 in the entire PIP franchise network. The award is based on 2015 annual sales revenue and was announced at the annual PIP Convention, July 21-23 at the Hyatt Regency New Orleans in Louisiana. PIP in Carmel is owned by Tony and Laura Kistner and Bud Kistner.

“I commend Tony, Laura and Bud for leading the network with the foresight and character that make the PIP brand synonymous with quality, integrity, and leadership,” stated Richard Lowe, president and COO of Franchise Services, Inc., parent company of PIP, in a press release. “This achievement proves that dedication to growth and excellent customer service will generate great results.”