You are at:Home»Current in Westfield»Pulte holds public meeting for Wood Wind at Westfield

Pulte Homes introduced a proposal for approximately 1,000 homes and 495 apartments across 730 acres between 146th and 169th streets to the Westfield City Council Aug. 8. It has since held two public informational meetings at the pavilion at Wood Wind Golf Course to gain input from the public before the Advisory Plan Commission public hearing Sept. 6.

Manager of Land Planning and Entitlements Ashley Bedell presented the proposal at the Aug. 23 public meeting to a room full of residents, showcasing the five series of homes Pulte wants to build in its proposed neighborhood, Wood Wind at Westfield.

“When we started looking at this project, we formed a vision to create an innovative community with Wood Wind Golf Club as its centerpiece,” Bedell said. “We want to preserve the golf course, and we are continuing to work to bring a lot of the rural elements into the design you see.”

The rural elements Bedell suggested included blackboard fencing, having a tree buffer that includes trees of varying heights and using cobblestone materials instead of red brick. She also mentioned that the development wants curvilinear streets and cul-de-sacs with green space.

“Putting all this land in a single PUD allows for a certainty of how land will be developed and allows for land to have a certain theme,” Bedell said.

Buildout of the project is expected to take 10 to 12 years. When the APC meets in September, Bedell said the proposal is not expecting to receive a vote that night.

The proposal would preserve the golf course by repositioning four of the holes, updating the pavilion and creating a residential amenity center with a fitness area and three pools. 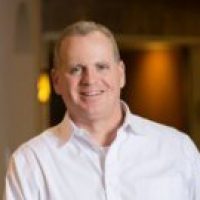 Vice President of Land Acquisition Dave Compton conducted a question and answer session after the presentation. Many residents were concerned with density, the 2007 Comprehensive Plan, traffic, wetland conservation, wildlife conservation, the impact of the neighborhood on school and apartments bringing crime to the city. They were also worried the golf course did not provide enough adequate green space for families.

The APC meeting with a public hearing is scheduled for 7 p.m. Sept. 6 at Westfield City Hall, 130 Penn St.