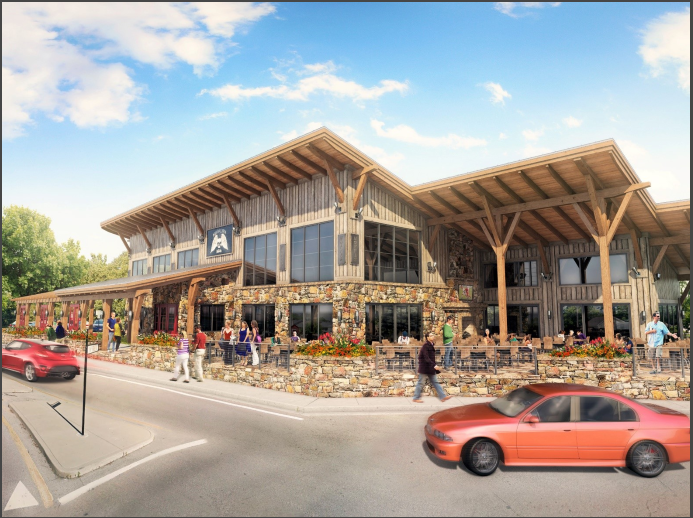 The Westfield City Council approved a planned unit development which would allow for the relocation of Big Hoffa’s. (Submitted image)

The Westfield City Council met at 7 p.m. Aug. 23 at city hall, 130 Penn St. The council approved the Big Hoffa’s Planned Unit Development at the northeast corner of East Street and Ind. 32, to rezone a 2.66-acre parcel to allow for the construction of the restaurant and future developments and a possible roundabout.

The council unanimously approved the ordinance, but councilors Cindy Spoljaric, Joe Edwards and Steve Hoover had comment that were addressed before the approval.

“I’ve been very supportive of the Hoffa’s relocation, and I’m very excited (Adam Hoffman) is staying here and in our Grand Junction area, I am very happy with that,” Spoljaric said. “Some concerns I have stem from the fact that this is a single-family area, and I have some recommendations and changes.”

Spoljaric suggested sign changes, such as no sign pedestrian scale size and with 18- to 24-inch letters. She suggested that the dumpster enclosures not appear on single-family parcels, and light poles limited to 15 feet in height. She asked to prohibit the use of taverns, night clubs and high-intensity retail on the PUD and that there be bicycle parking to accommodate four bikes.

Birch Dalton of Edge Rock Development was present to speak on behalf of owner Adam Hoffman. He addressed all of Spoljaric’s suggestions and said they were all possible to follow.

Edwards was concerned about the proposed roundabout with the traffic along Ind. 32 and East Street, but Dalton said the city would coordinate with Indiana Dept. of Transportation in the future. Hoover brought up the issue of landscaping along the east fence which borders a single-family home, and Dalton said he had worked with the homeowner to select bushes she wanted  placed along the fence.

The next city council meeting is scheduled for 7 p.m. Sept. 12 at city hall, 130 Penn St. For more, visit westfield.in.gov.