You are at:Home»Current in Carmel»IU Health Plans drop individual products on Marketplace

Indiana University Health Plans has announced it will no longer be offering an individual product on the Health Insurance Marketplace, which is part of the Affordable Care Act.

“Those policies will not be renewed so those people will have to get coverage somewhere else,” said Jeff Swiatek, IU Health public relations manager.

Swiatek said the decision affects approximately 23,000 Indiana residents who are currently using IU Health individual or family plans on the Marketplace. Other companies have dropped out of the ACA exchange in Indiana. United Healthcare announced its decision earlier this year.

Swiatek said the financial uncertainty that exist in the Marketplace right now is the primary reason IU Health has restructured its insurance plans.

Swiatek said individual and family plans that include IU Health providers will be available for purchase in 2017 on the Marketplace through CareSource and MDwise, a nonprofit health care company co-owned by IU Health. 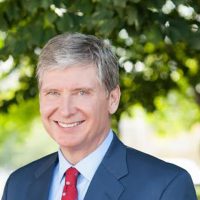 Swiatek said the insurance arm of IU Health notified its affected members and the Indiana Dept. of Insurance of the restructuring of product offerings for 2017 in a letter sent out Sept. 23. IU Health Plans made a public announcement Sept. 26.

James T. Parker, president of IU Health Plans, said in a press release the changes are necessary to adapt to new market dynamics and potential federal responses to withdrawals by many companies nationally from the Marketplace.

“We cite examples of competitors coming into the Marketplace creating instability, wild swings in premium prices and then the risk assessment fee that the federal government has for all the companies that are in the Marketplace,” Swiatek said. “There are off-exchange policies where you can buy individual or family policies through the Exchange, but you are not eligible for federal subsidies for the premium. Those policies will still be offered in 2017, but no government subsidies will be available.”

Parker said refocusing plan offerings for 2017 allows IU Health Plans to remain committed to the Marketplace in Indiana while gaining a better understanding of its fast-changing dynamics and possible federal responses.