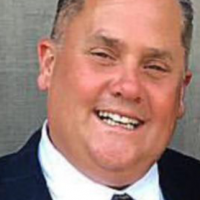 The Carmel resident will serve as the local operating partner for the Mississippi-based fast casual restaurants and is teaming with Mitias Garrett Investments, who was a franchise owner for McAlister’s Deli and Newk’s Eatery in other markets. The partners reached an agreement to open 15 Newk’s Eatery restaurants in the Indianapolis and southern Indiana markets over the next seven years. Mabe said he is looking at several Hamilton County sites.

“It was good for me because (Mark Garrett) has some working knowledge of the Newk’s brand,” Mabe said. “I knew we had a lot in common because he had a long working knowledge with McAlister’s, as well. It gives me an opportunity to become an owner and operating partner myself.

Newk’s was founded by Don Newcomb, Debra Bryson and Chris Newcomb in 2004. The group had previously created and launched the McAlister’s Deli concept. Mabe was involved with McAlister’s as it grew in the Indianapolis area, working his way up to chief operations officer for McIndy Ventures. 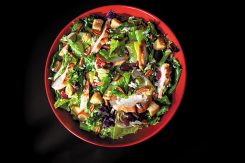 One of the dishes, called “Newk’s Favorite Salad,” that will be served at Newk’s Eatery. (Submitted photo)

“Newk’s is much more culinary driven (than McAlister’s),” Mabe said.

Mabe has been in the restaurant business since he began working as a bus boy for Damon’s Ribs while in high school. The 1986 Carmel High School graduate joined the U.S. Navy after graduation, serving a three-year stint.

When he got out of the navy, Mabe worked for Steak and Ale and TGI Friday’s in Jacksonville, Fla.

In 1991, he returned to Carmel and worked at Don Pablo’s and then Outback Steakhouse.

He became involved with McAlister’s as it grew in the Indianapolis area in 2002.

“We opened 20 restaurants and did two remodels,” Mabe said.

He worked  his way up and became chief operations officer for McIndy Ventures, which owned the Indianapolis-area McAlister’s restaurants before selling to Southern Rock Restaurants in 2015.