You are at:Home»Current in Zionsville»Column: Grocer delivers full service

One of Zionsville’s early business owners knew the meaning of full service. In the first years of the 20th century, W. D. McGuire owned a grocery downtown with full delivery service. 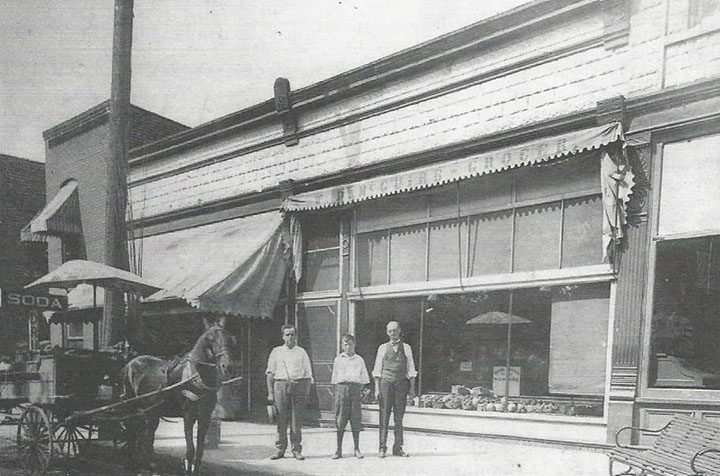 Deliveryman William “Hom” White traveled a daily, early-morning route throughout the town’s streets and alleys. Often his daughter, Millie, was seated beside him on his horse-drawn wagon.

White would set out each morning to pick up orders from customers along his route. They would then hand White a list of needed supplies. Often, people also had chicken or eggs to sell, which White gathered and toted back to McGuire. The goods were then credited to the customer’s account.

After completing his route, White headed back to the store to gather and complete the orders. He then loaded the wagon and delivered the requested groceries. A “short trip” was also part of the routine if the customer had forgotten an item, or kerosene had to be delivered to the home.

White completed his deliveries during the morning hours. By the afternoon, he was back in the store shelving and stocking groceries. This only occurred, however, after White had returned home for lunch, a bath and a clean set of clothes.