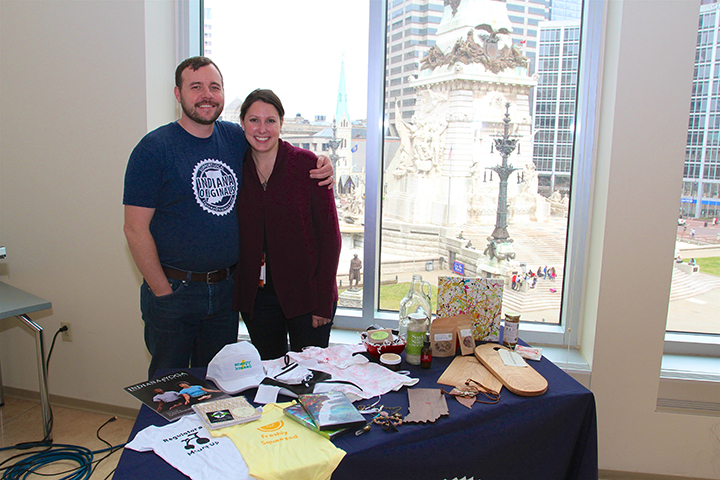 For nearly five years, the idea for Indiana Originals has percolated in the brains of husband and wife Lance Stone and Mel McMahon-Stone.

“In a nutshell, Indiana Originals is a growing, statewide directory of locally owned and operated businesses based here in Indiana,” Mel said. “So we help customers with a local preference find truly local, Indiana-grown business easier. We do that through an online directory and an app. Customers can look up whatever they want for free, and then businesses pay a membership fee to be a part of the directory and take advantage of other membership benefits.”

Both employees at Emmis Communications in downtown Indianapolis, the idea grew out of a problem they ran into when trying to find a spot to eat when they stepped out of their offices on Monument Circle.

“Mel was doing one of her part-time shows here, and we walked out of the front door of Emmis looking for a place to eat,” Lance said. “We wanted to go some place local, and there was no way to tell which places were actually local. Some places that are local fit in with the chains, but they truly are local, and sometimes chains make themselves look cheaper so they look more local, like a dive spot. You can’t always tell.

“It’s not always easy, either, when they pronounce themselves locally but are actually owned out of Ohio or somewhere.”

“Lots of people have varied definitions of local,” Mel said. “A lot of people define local simply as distance, but we define local as owned and operated in Indiana and headquartered in Indiana. You can be an Indiana Originals member with locations outside of Indiana, that’s fine, but what we’re trying to do is promote keeping your business here and create a supportive, positive, economic environment here.”

But for the couple, local doesn’t necessarily means small.

There are several national and worldwide businesses that began or are headquartered in Indiana, including Do It Best hardware stores, Upland Brewing Company, Weaver Popcorn Company and more.

Indiana Originals represents more than 200 businesses that include fields of service from agriculture to automotive, health to entertainment, nonprofits to dining and many more.

Indiana Originals, whose only employess are Mel and Lance, is an S Corporation.

“We checked into being a nonprofit, but you have to have a board, and we don’t want someone else’s opinion,” Lance joked. “But really, we don’t want someone to take away from what it is. It’s purely a tool to help people who want to buy local find local and support locally owned and operated businesses, small to large. It really does help all of us. 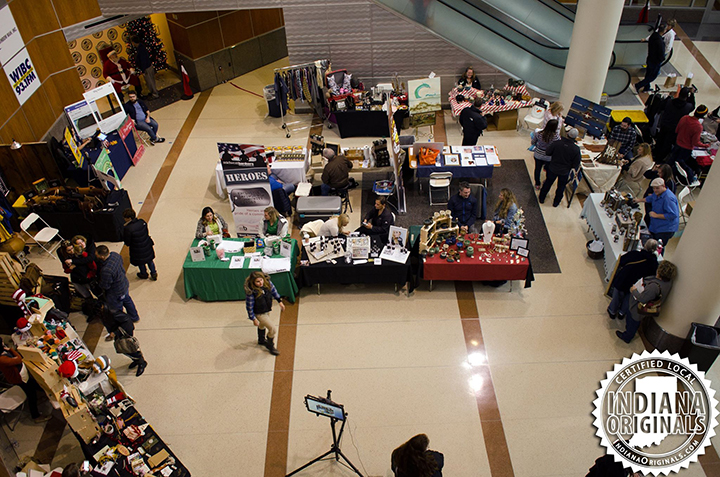 The Indiana Originals annual holiday expo welcomes its members to network with one another while guests visit the event. (Submitted photo)

Mel and Lance met each other in grad school at DeVry University. Both graduated from Indiana University for undergrad. Lance, 35, is from Warren County, Ind., and works full time for Emmis Communications in downtown Indianapolis as a business analyst and project manager for Next Radio app and TagStation, and is the CFO of Indiana Originals.

Mel, 33, works full time as the founder of Indiana Originals and part time at Emmis Communications as an on-air personality for Country 97.1 HANK FM, B105.7 and 93.1 WIBC.

Will have been married for five years in August. Together they have a son, Bennett, who turns 2 in April.