You are at:Home»Current in Carmel»Carmel Community»Carmel Youth Assistance Program to host inaugural gala

Less than two years ago, the Carmel Youth Assistance Program was formed to help identify and help at-risk youth in the city. It began as a countywide program before each municipality in Hamilton County started its own offices.

Guenter Haines, president of the Carmel board of directors, said the program is growing. CYAP is looking to increase its staff with another social worker. It currently has a staff of one. CYAP also is evolving its operations. Early on, CYAP helped direct youth and their families to existing resources to address issues such as slipping grades, financial hardship or behavioral issues. But now CYAP is developing its own programs, including a free summer lunch program and mentorship opportunities, to address gaps in services in Carmel.

“The thing that’s most unique is that it’s proactive,” Haines said. “We catch these students immediately before those problems manifest themselves into big ones.” 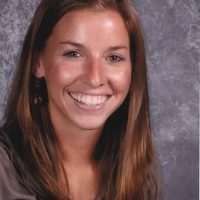 CYAP will host a gala fundraiser at the Ritz Charles at 6 p.m. May 6. Carmel Mayor Jim Brainard will serve as honorary chai,  and the band The Bishops will play. Tickets start at $125 and VIP tickets are available for $175 at carmelgala.org.

Figge said students, many in elementary school, are confidentially referred to her by anyone, such as a teacher, parent, school resource officer, principal, police officer, church pastor and others. Figge, who has a background in social work, said she views herself as a partner, and she tries to find ways to connect with these youth. For one student, she said it was finding a way to get him an instrument for the school band. The middle schooler’s family couldn’t afford the monthly rental fees for his saxophone, so Figge said they worked with a local company, got them to cut a deal and CYAP paid the monthly fee.

In another case, Figge said  a family from Venezuela that recently came to Carmel as refugees seeking political asylum. They were unable to get on Medicaid, yet the child needed to see a neurologist because of a medical condition, so CYAP board member Dr. Bob Youkilis connected the family to a physician to help them out.

CYAP also started an ongoing free dance class for youth to give them a fun, constructive activity.

In January, Carmel, Creekside and Clay middle schools joined to raise funds for CYAP through a charity basketball game. Haines said he would love to see more opportunities for youth to raise funds for other youth or young people who were once helped by CYAP deciding to mentor the next generation.

Figge said there  is a definite need for the  program in Carmel. Although the city is statistically wealthy, she said that doesn’t mean there aren’t problems to address in Carmel.

“People often ask me why it’s needed in Carmel,” she said. “But it affects everywhere. Poverty is everywhere. Mental (health) issues are everywhere. So we serve that need.”

For more information on the gala or to purchase tickets, visit thecarmelgala.auction-bid.org.