You are at:Home»Current in Zionsville»Community rallies to support Zionsville mom battling aggressive cancer 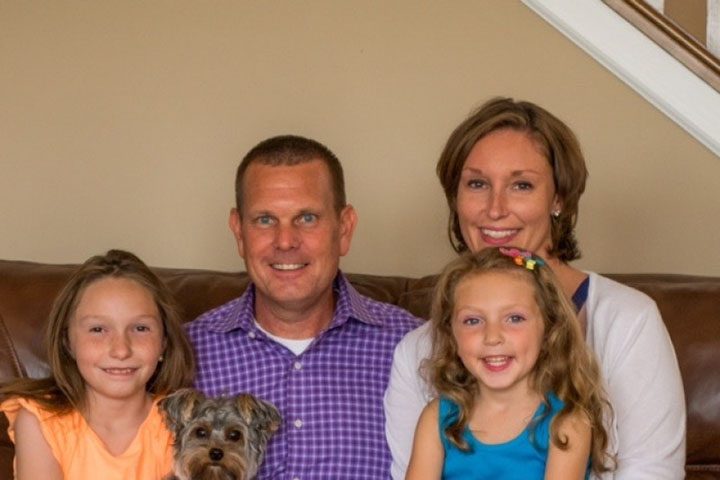 It all started when Zionsville resident Tanya Irwin was diagnosed with breast cancer three years ago.

Now, she’s fighting for her life after the cancer has spread to her bones, lungs and brain.

Her husband, Jeff, took a leave of absence from his job as athletic director at Lawrence Central High School to care for her after the cancer reached her brain in December. At that point she was given three to six months to live, but radiation treatments decreased the brain lesions and doctors have been optimistic with her response to treatment despite the cancer recently moving to her spine.

Between medical bills and in-home care, a friend created a GoFundMe page to help support the family until Jeff Irwin returns to work. Within a week it had reached half of its $20,000 goal.

“This has changed me forever,” said Jeff Irwin, who has been humbled by the community’s generosity. “My hope is to someday help others how we’ve been helped in our time of need.”

Tanya Irwin is motivated to reach her 40th birthday in June and to see her daughters start kindergarten and middle school in the fall.

“She’s been absolutely an inspiration to me because of how she continues to fight,” Jeff Irwin said. “The bigger concern is how long is the cancer going to stay at bay in the rest of her body. How long until the next major episode?”

He hopes others will recognize that wearing pink in October is more than just a simple symbol for breast cancer awareness.

“I hope that people realize what breast cancer is and truly understand what they’re supporting,” he said.

The American Cancer Society estimates one in eight women will be diagnosed with breast cancer, second only to lung cancer as the most deadly.

To support the family, visit gofundme.com/teamirwin.