The Flying Cupcake has been very good to Kate Drury. 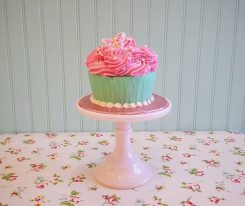 The Lemon Bar will focus on desserts when it opens at 95 E. Pine St. (Submitted photo)

She opened the first store in 2007 and now owns six The Flying Cupcake stores and another store called The Dancing Donut.

For her next act, Drury plans to open a new concept in Zionsville called The Lemon Bar by The Flying Cupcake. The store, whose logo will likely be The Lemon Bar, is expected to open in mid-summer at 95 E. Pine St.

The Lemon Bar is the first of her businesses to have a liquor license. Drury said it will have Indianapolis-area beers on tap, champagne and wine.

“We’ll have champagne slushies and things like that,” Drury said. “The desserts will be a little more involved. We’ll have cakes by the slices. We’ll have lighter fare American bistro, so we’ll have salads, soups and quiches. We’ll  bring in donuts from The Dancing Donut. We’ll have a waffle bar. It’s definitely more food-oriented, but dessert is the focus.”

Drury, who lives on the northwest side of Indianapolis, said there will be a total remodel of the building, which was once a car wash.

“We’re going to add a patio,” Drury said. “We’re going to have a glass garage door in one of the rooms, so it will have an indoor-outdoor feel. Then we’re hopefully adding on a little private room for private parties in the back.”

Drury said she is working with Zionsville architect David Rousch.

“It has a really beautiful view of Lions Park,” Drury said. “For parents that are there for games, we’ll have coffee service with expresso and cappuccino and light breakfast. Or if they want to take a break from concessions, it’s just a short walk up the hill.”

This is Drury’s first business in Zionsville, but she has brought her Flying Cupcake truck and Dancing Donut truck to local events.