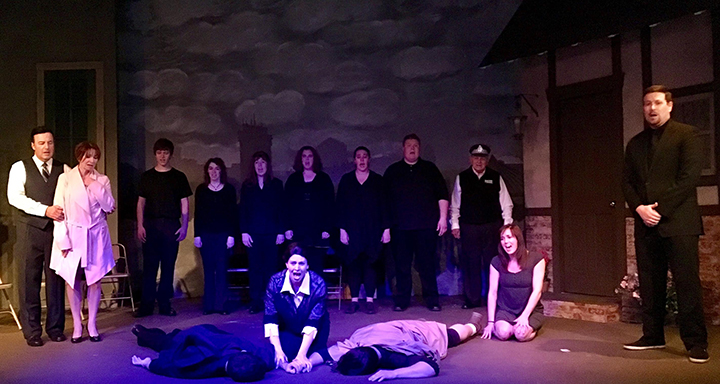 Dr. Doug Peet has a memorable connection to “Blood Brothers.”

In the mid-1990s, Peet said he and his wife sat second row center in the Music Box Theatre in New York’s Broadway to watch a marvelous production of the musical. The two brothers, who were separated at birth, were played by real life half-brothers, David Cassidy and Shaun Cassidy. Petula Clark performed as Mrs. Johnstone, the mother. 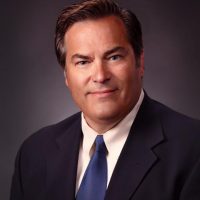 “I hoped one day to possibly perform the delicious role of the narrator,” Peet said. “Instead, I am pleased to be directing this production at Carmel Community Playhouse, and am blessed with a remarkable cast.”

“We have a large orchestra that is creating magical music that is both happy and haunting,” Peet said. “I have a very talented cast and production staff. (Producer) Risa Krauter and I worked together when I directed “August: Osage County,’ (in 2015) and I worked with both (orchestra director) Debbie Farmer Smith, and (vocal director) Brenna Whitaker before. They have done an incredible job with the vocals and music for the show.”

Peet has only worked with one member of the cast before, his wife Robin.

“We have been in a dozen shows together,” said Peet, but added he is making wonderful new friends.

Krauter didn’t know anything about the musical until Peet asked her to produce it for him.

“We make a pretty good team so I was excited to produce for him again,” Krauter said. “Since rehearsals for ‘Blood Brothers’ began in March, I can’t get the beautiful songs out of my head.”

Krauter said the last time the show was staged in Indianapolis  was June 1997 at Theatre on the Square.