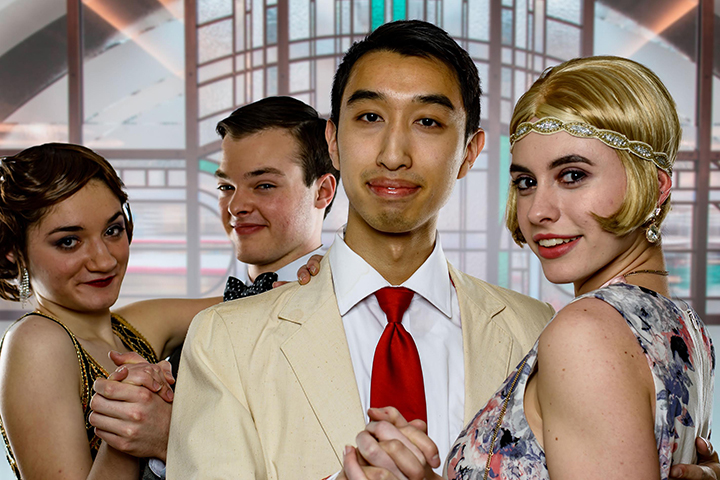 Wang had no previous acting experience before auditioning for Jay Gatsby.

“I read the novel as a junior and I felt it would be a great opportunity for me to try out for the lead of Gatsby,” Wang said. “I researched the movie. I re-read parts of the book. I asked my English class for help and I tried my best to make my own version of the character. I’m very excited to bring that to the stage.”

ZCHS will present “The Great Gatsby” at 7 p.m. April 28 and 29 at the Zionsville Performing Arts Center.

Wang had auditioned for a few plays previously but didn’t get the roles.

“I thought this would be a great way to cap off my senior year,” Wang said.

Junior Libby Kilway is playing Daisy Buchanan. Kilway said she just wanted to be in the show, even if it was as a background dancer.

“I was kind of shocked when I got the lead female (role),” Kilway said. “I’ve never been in a play before, so this is my first time acting. I’ve been in (technical) crew since seventh grade.”

Kilway likes that Daisy is emotional.

“I can play around with sadness and anger and sarcasm,” Kilway said. “She does have a bit of a mean streak, which is also kind of fun. I can relate to her. I feel myself in bits and pieces of her.”

“I like that he is both within and without, as the book says. He’s within the play as a character and he’s also the narrator, being able to tell this beautiful yet tragic story,” Boehm said. “Every so often, I step away and speak directly to the audience.”

“We read the book in my English this year and I loved it so much I read it three times in a row,” Jolly said.