You are at:Home»Current in Carmel»Obituary: William James Whitley 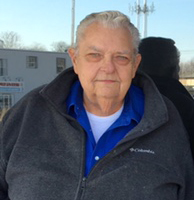 William James Whitley, 81 of Carmel, died April 16. He was born March 3, 1936, to the late William and Nancy (Porter) Whitley in Philadelphia.

A 1954 graduate of Northeast High School, he attended Villanova and Temple universities before joining the U.S. Army, where he specialized in electronics. His career spanned from positions at Philco/Ford Motor Company, Terradyne and Aegis.

After moving to Carmel in 1973, he and his wife, Dolores, became active in the community, where they shared a passion for sports. Bill was an active member of the Carmel Football Association, Carmel Dads Club, Football Alumni Club and Woodland Country Club.

He was preceded in death by his wife, Dolores T. Thompson Whitley; father, William; mother Nancy; and brother, Roy Whitley.

A gathering of friends and family will be held at Leppert Mortuary, 900 N Range Line Road, Carmel, from 4 to 7 p.m. April 25 followed by a celebration of life at 7 p.m.

In lieu of flowers, donations may be made in Whitley’s honor to Carmel Dad’s Club Scholarship Fund, 5459 E Main Street, Carmel, IN 46033.