You are at:Home»Current in Carmel»Carmel Business Local»Pedego Electric Bikes open in Carmel along the Monon 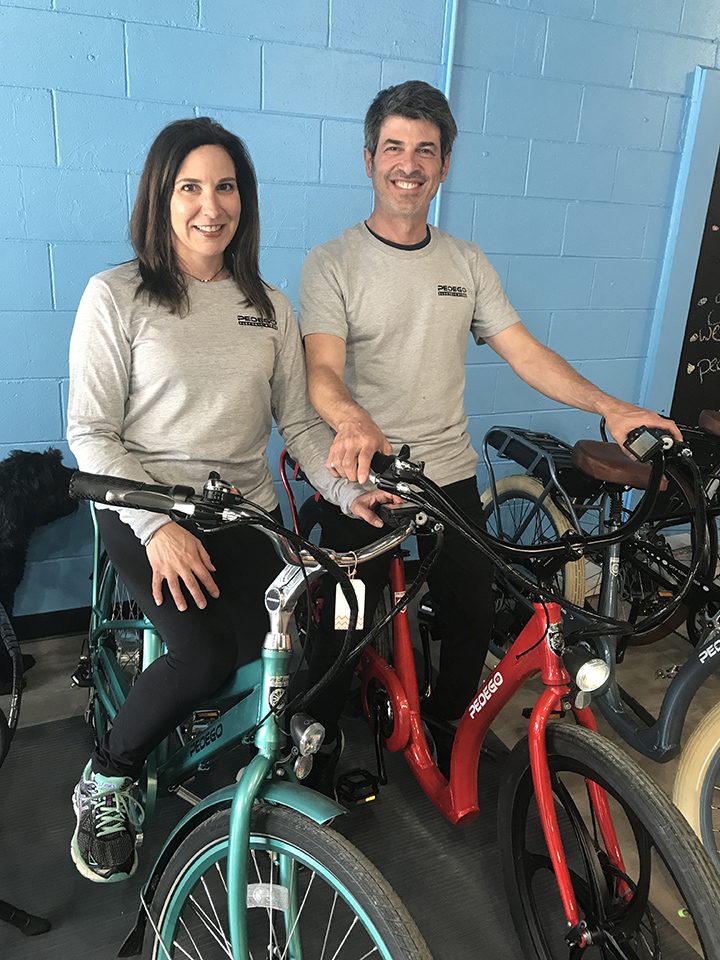 A new bicycle shop in Carmel allows cyclists to travel at speeds up to 20 mph without even pedaling.

Called Pedego Electric Bikes, the store, at 254 1st Ave SW along the Monon Trail, sells cutting-edge bikes that use a battery to propel them or assist riders as they pedal.

Users can adjust the setting for how fast they want to go or how much assistance they want. With pedal assist on, strong cyclists can reach speeds of 20 MPH. 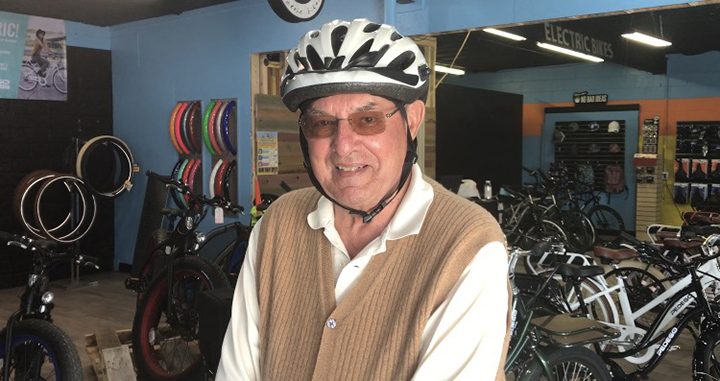 But before anyone worries about high-speed bikes zooming down the Monon, owner Josh Freedman said devout cyclists aren’t necessarily the demographic. He said many people with electric bikes have trouble keeping up on longer rides. Some cyclists purchase them for commutes to work when they don’t want to break a sweat.

“What we’re seeing is a lot of baby boomers coming in and buying these bikes,” Freedman said. “A lot of people with hip and knee replacements (buy them) who want to keep up with their grandkids and just enjoy a bike.”

Josh Freedman and his wife, Janet Sharp-Freedman, started the business after discovering the product, which is available in more than 60 stores worldwide. Josh owns another business, A1 Cash Advance in Indianapolis, and thought the new venture would be perfect for Carmel.

“I always loved riding a bike,” Josh said. “I was never a cyclist. Headwinds and hills are never fun, so I went online and discovered electric bikes. The first time I rode one I couldn’t believe it. It’s so much fun. It’s pure joy.”

Alan Metzger bought his first bike at the beginning of April. He previously owned a different brand of electric bike but said Pedego has more battery power and comfort. By the end of the month, Metzger logged more than 300 miles.

Pedego Carmel offers sales, rentals and tours on Pedego electric bikes and is open daily from 10 a.m. to 6 p.m.