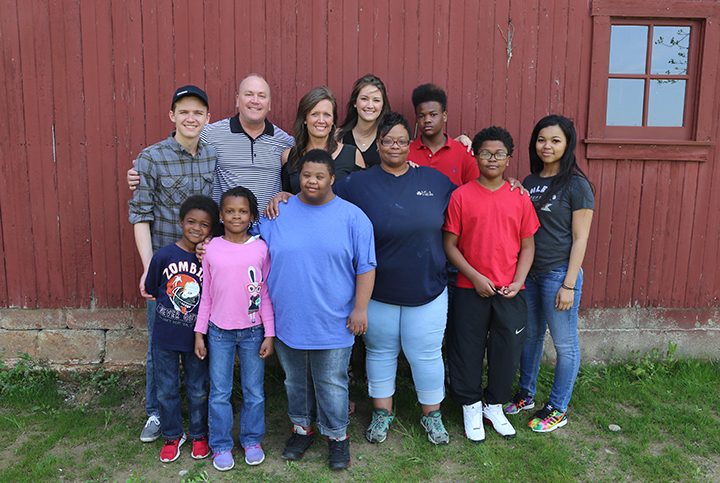 Shameka Howard felt desperate after the birth of her son in 2011.

She had suffered with depression through much of her pregnancy, but after Micah was born it intensified. Feeling hopeless and alone, the single mom of seven entertained thoughts of giving her newborn up for adoption.

But before taking that drastic step, she heard about Safe Families for Children, an organization that provides host families for kids whose parents are facing an immediate crisis and lack a support system.

So she took a leap of faith, voluntarily handing over her baby to a Carmel family she had never met. In finding the strength to let go for a time, she ended up gaining the enduring support she so desperately needed.

“(Micah) was a newborn. He was fresh, so that was really hard,” Howard said. “But they’re so loving. Oh my goodness, they’re wonderful.”

Six years later, the two families are still deeply committed to each other, gathering for birthday parties, holidays and to lean on each other when times are tough. 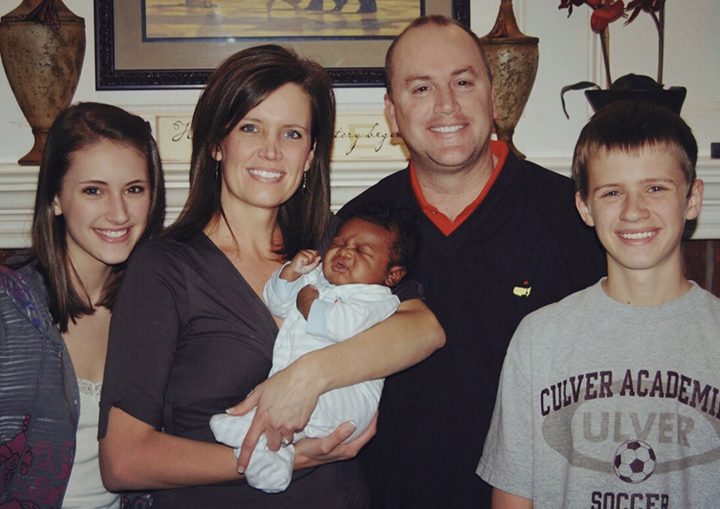 Cheri Ray’s introduction to Safe Families was gradual but no less compelling than Howard’s. She first heard about it from another family at Grace Community Church and was intrigued. But then she seemed to encounter the organization everywhere.

“Over the course of several months I felt like things kept coming up, and finally I just talked to my husband about it, saying, ‘I feel like God’s giving me a message that we should look into this,’” said Ray, who lives in Carmel with her husband, Jason. They have two children in college, Mitchell, 21, and Hannah, 19, who were completely on board with becoming a Safe Families host in 2011.

After completing the background checks, home visits and training, Safe Families contacted the Rays to ask if they could provide a temporary home for Micah, 3 weeks old at the time. They took him in and their lives have never been the same.

“You’re basically doing everything a new mom is doing for this child, so I fell in love with this little guy,” Ray said.

Micah lived with the Rays for about a month, and when Howard needed additional support so she could find a new job several weeks later she asked Safe Families to place him with the Rays again. Even after Howard’s situation stabilized and he moved back home, Micah spent a great deal of time with the Rays, staying with them during the week for years. Now, he visits their home approximately every three weeks.

Although it was one of the toughest decisions she’s ever made, Howard knows it was the right one. Safe Families also provided placements for two of her other children.

“While (the kids) were gone, I was able to get into some therapy, get some counseling, get on some medication and get myself stable emotionally and mentally so I could be a better mother when they came back,” said Howard, an Indianapolis resident.

One of the many reasons Ray loves volunteering with Safe Families is because of the freedom and flexibility it provides to the parents of the children in the program.

“Because of Safe Families you can get in there before it’s a crisis and before kids are getting ripped out of their homes and things are tumultuous,” Ray said. “The mom has a voice and she can say at any time, ‘I’m ready to have my child back.’” 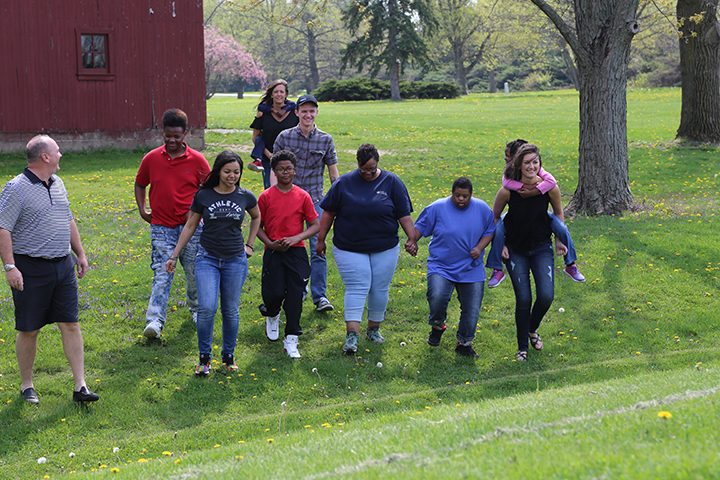 The Rays and Howards spend time together at Coxhall Gardens. (Photo by Ann Marie Shambaugh)

Since launching its Indianapolis chapter in 2008, Safe Families placed nearly 1,800 children with host families through the end of 2016. Not all of them lead to long-term relationships like the Rays and the Howards have, but the nonprofit encourages it to happen.

“To move forward, (the parents) need a support person a lot of the time in their life, so we would love to see host families become that for them,” said Beth Bishop, Safe Families director of communications, fundraising and development.

Safe Families recruits most of its host families through churches, but anyone interested is invited to apply. Families can request specific ages, genders or number of children and can accept placements based on their availability and schedules. They can say no at any time.

Parents are usually referred to Safe Families through social service agencies, but anyone who needs help is welcome to request it. Applicants go through a screening process, but Bishop said the organization rarely turns anyone away.

Safe Families is always looking for more hosts. Those interested can learn more and find an application at Indianapolis.Safe-Families.org.

“If enough people did it, it would be wonderful,” Ray said. “That would diminish the need for foster care. People could be educated and parents could know that there’s another option.”

Howard knows that choosing Safe Families can be a difficult choice, and she has a few words of advice for those considering it.

“Pray about it and go for it,” she said. “These are really good people. They have good intentions. They just want to help, and they want to be there. If you really need the help and support and guidance, do it.”

Safe Families for Children will host its 12th annual golf outing May 15 at The Bridgewater Club, 3535 E 161st St., Carmel. The fundraiser includes lunch, golf, several contests and an awards banquet. Foursomes can register for $1,000. Sign up at indianapolis.safe-families.org/blog/2017/golf-outing.