You are at:Home»Current in Westfield»Westfield City Council votes ‘no’ on Wood Wind Planned Unit Development, 5-2 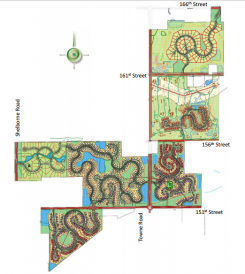 The Wood Wind Planned Unit Development proposal was voted down by the council with a 5-2 vote. The proposal had been reduced to 706 acres spread over five areas. (Submitted image)

After originally appearing on the Westfield City Council docket in August of last year, the council voted ‘no’ on the Wood Wind Planned Unite Development at its May 8 meeting.

The advisory plan commission forwarded the proposal onto the council with a positive recommendation in a 6-3 vote.

Since its introduction in August, the proposal has been reduced to 706 acres. It saw a reduction in 81 lots to create a 1-unit-per-acre ratio, expanded buffering and increased lot standards and architectural requirements. Approximately 40 percent of the development was designated as open space.

Just hours before the council met, Mayor Andy Cook released a statement with his negative view toward the Wood Wind PUD. 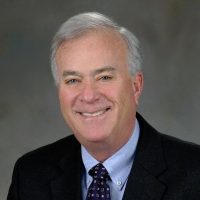 “The project has sparked numerous conversations among our residents, elected officials and staff. These discussions have helped lead the way in determining Westfield’s growth,” Cook stated in a press release posted on the City of Westfield’s Facebook page. “As the months have gone by it has become all too clear to me that the Wood Wind development is not what residents want for our community. I cannot support this development as I believe it is not in the best interest of our city.While I do not support the Wood Wind development, it is up to the city councilors to make the final decision. As mayor, I do not have the power of veto on a rezone and I can only vote in the event of a tie among the city councilors. The city council has a big decision to make tonight and I encourage them to think of what their constituents want for Westfield’s future.”

Council members Hoover and Horkay said they were voting for something they believed would benefit the community.

“There are very positive developments that occur, and if we always go with what neighbors desire, we would not approve much of anything on this council,” Hoover said after explaining he recently read many negative emails regarding the proposal.“A lot (of residents) said that this does not follow the (2007 Comprehensive Plan), but that is just not true in my opinion. Our staff, who is trained in these matters, suggests it does in all practical purposes, meet the comp. plan. There are many accusations of lack of green space, but this development maintains larger green spaces than any other major Westfield development that I’m aware of, including several other golf course developments.”

Horkay said he agreed with Hoover’s statements, and he also mentioned that the recently-passed construction referendum was not proposed due to the development.

Keen said although he believes more commercial development will come if more residential development is constructed, that he voted on behalf of his constituents and his community as a whole.

“I think (there are) two things about this project that have bothered me this past month,” he said. “It’s taken so long. I feel like we are pulling teeth and dragging people to the best possible conclusion, and it should be a win-win for the community and the developer. Second, I do not like situations where (advisory plan commission) members or councilors are disrespected. That bothers the heck out of me. There are a lot of reasons I should vote for and against this, but I came to the conclusion, in the best interest of the community as a whole, I have to cast a ‘no’ vote.”

Lehman said that although this proposal was not approved, he fully believes that land will be developed in the future.

“I believe no matter what the outcome is tonight, we are all going to get up tomorrow and we are all going to be Westfield residents and all be ready for the challenge,” Lehman said. “Our schools continue to be some of the best. If this is passed, those people who come live in the community are going to be great residents. If it doesn’t, there will be more residents coming to join our community and I think that’s a positive.”