You are at:Home»Current in Fishers»Five FHS seniors to compete against other schools in The Next Launch

Five Fishers High School seniors will compete against students from Culver Academy and Illinois Mathematics and Science Academy in The Next Launch competition at 1 p.m. May 17. The event is sponsored by the Ron Rubin School for the Entrepreneur at Culver Academies.

Teams comprised of one, two or three students will compete for Best Business Idea that includes a description of the product or service and its market to win $10,000. First runner up receives $5,000 and second runner up receives $2,500. John Weschler, creator of Launch Fishers, will serve as master of ceremonies. 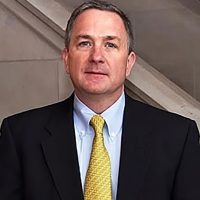 Students were chosen during similar, smaller competitions within their schools.

“Students applied to pitch and then presented their business ideas to our Entrepreneurship club after school. Mr. Bankert and Mr. Griffin then worked with the club to choose our finalists to move on,” Fishers High School assistant principal Steve Loser stated in an email.

He said he hopes the competition will grow in subsequent years.

“Next year we’re expecting to have eight-10 schools, 20-25 the year after that and then onward from there not only in school count but geographically,” Kurrelmeier said.