You are at:Home»Current in Carmel»Indy 500 driver shares story of infertility to help raise awareness 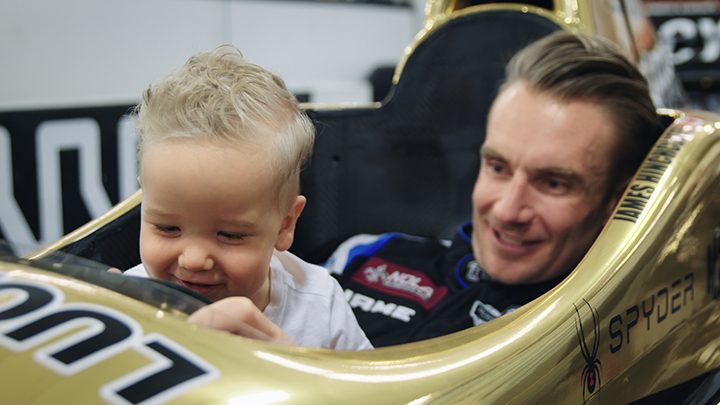 Jay Howard and his son, Hudson, sit in a racecar. (Submitted photo)

Indy 500 driver Jay Howard and his wife, Courtney, struggled for several years to have their own baby.

“I’m glad we had a never-give-up mentality, and we just kept trying and trying and doing everything we possibly could,” Howard said. “We were fortunate to get hooked up with Midwest Fertility people, and that was a difference-maker for us. We’re so fortunate to have our son, Hudson, who is 14 months old now and has completely changed our lives. We’re really appreciative, so (we’ll do) anything we can do to bring exposure to this and get people talking about it.” 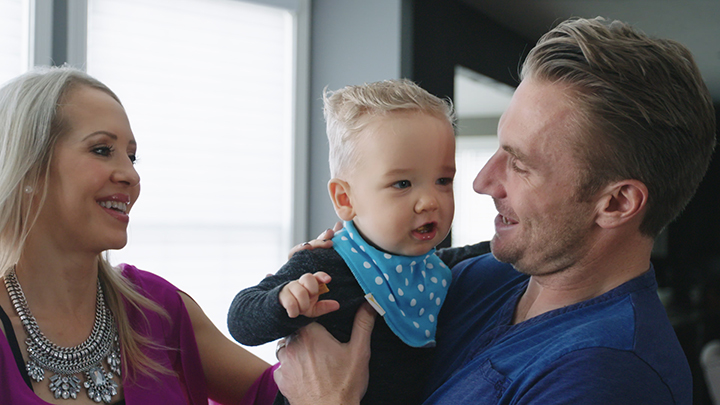 Howard, a Carmel resident, began talking about his family’s success with Carmel-based Midwest Fertility Specialists during National Infertility Awareness Week (April 23-29). Howard is continuing to raise awareness, including through a spot on his car with the Schmidt Peterson Motorsports team.

According to the Centers for Disease Control and Prevention, one in eight couples in the U.S. experiences difficulty conceiving.

“From a personal side, I understand how tough it is going through the whole fertility thing,” Howard said. “In the beginning, it’s really hard to wrap your head around. You want answers and you don’t have answers in the beginning.  For my wife and I, it took several attempts, and finally getting with Dr. (Robert) Colver at Midwest Fertility was our answer.”

Courtney had experienced a traumatic brain injury when she fell off a scooter in 2010.

“He said it didn’t make any sense why you’re not getting pregnant,” Howard said.

Howard said another clinic said there was no way they could get pregnant. Howard said he couldn’t understand, because the embryo looked perfect. Howard said he thought the head injury might be causing Courtney’s body to reject the embryo. Dr. Colver suggested trying a surrogate.

“It’s tough for a woman, because they want to carry their own child, but let’s look at the long-term goal,” Howard said.

The Howards called the surrogate, one of Courtney’s good friends, their angel oven. The first time they tried to implant the embryo in surrogate, it was successful.

“If we can help just one couple go in the right direction and get the ultimate goal, it’s a successful program for us,” Howard said. “But obviously we want thousands of people to know about what we went through, and there might be something from our personal experience that will get them thinking.”

Dr. Laura Reuter, from Midwest Fertility, said she was thrilled the Howards were willing to share their story.

“The hope is when people hear their stories they will feel there is hope for them,” Reuter said.