You are at:Home»Current in Zionsville»MOBI wins Tech Company of the Year at Mira Awards 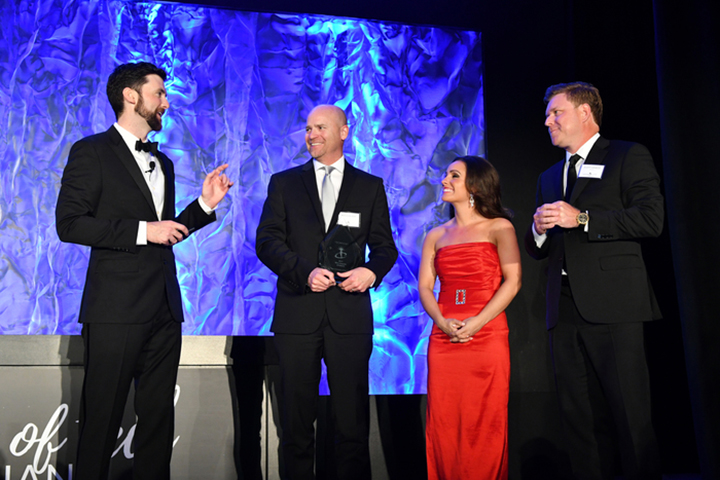 Employees at MOBI see something new as they walk into the office now. After winning Tech Company of the Year at the Mira Awards April 29, the envelope and award presented to them are displayed in the office entrance.

“The employees are very proud of it,” said Josh Garrett, co-founder and chief strategy officer. “It is a testament to those employees that we won. It’s not (CEO Scott Kraege) and I. We may be accepting the awards, but we’re getting the awards because of (the employees), not because of us.”

“(I felt) surprise, because I feel very good about what we’re doing around here, but it was certainly I think (a feeling of) pride in being recognized in a community that has created really a number of high-profile tech companies,” he said.

Garrett and four others co-founded Blue Fish Wireless in 2001 and later combined that business with their other company, MOBI, in 2008. MOBI manages corporate connected devices, including mobile phones, tablets, internet of things, desktops and more. It provides mobility management software and services to more than 150 companies in 17 countries.

Garrett said MOBI has grown rapidly. In the last two years, 180 employees were hired. MOBI was recognized for its company culture at the 2016 Mira Awards, and Garrett credits that culture for the company’s growth.

“The culture then turns around into both customer retention and also finding new customers as well,” he said. “When you have a company where people enjoy coming into work every day and the culture is really built around them, that really resonates.”

Garrett said MOBI’s next projects are customer-driven, including management of non-mobility devices and IOT connected devices for businesses.