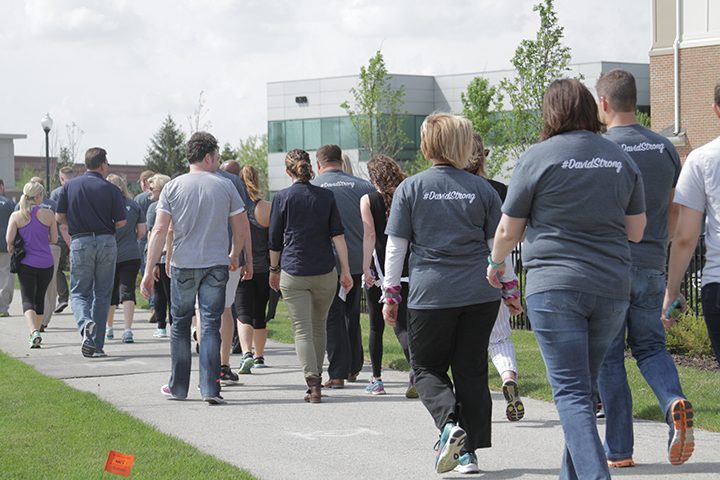 David Griffith didn’t work at DWA Healthcare Communications Group long, but he was there long enought to become part of the family.

Griffith, 46, died in late February after battling kidney cancer. He started at Carmel-based DWA in May 2016 and received his diagnosis three months later.

“David came to work for us as an application architect in the technology services department. He went on leave shortly after he found out he had cancer,” said Anne Vest, DWA HR specialist. “It was then that we decided we wanted to start planning something to help raise funds for his wife and two children. They were going to have a lot of medical bills, so we decided to have a walk.”

The company’s Live Well Committee and DWA Cares Committee came together to plan the April 19 event. They sold T-shirts and charged an entry fee for the walk to raise money for the Griffith family.

“(The walk) was open to all of our employees as well as friends and family of David’s. We had about 100 participate in the walk,” Vest said. “We were hoping David would be able to join us. Unfortunately, he passed away before the walk took place.”

“She told us David really did believe that we were a little different at DWA, and that this may be where he wanted to retire,” said Miranda Armie, DWA educational projects manager. “Even though he was with us for such a short period of time, we feel we are connected to David and his family.”