You are at:Home»Current in Geist»Geist races support schools

For St.Vincent Geist Half Marathon Executive Director April Shelburne, it’s a natural that the runs involved with her event get such strong support from the schools.

The annual event has raised approximately $400,000 to promote health and wellness in the Hamilton Southeastern and Lawrence Township school districts. 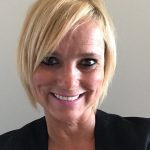 The 10th anniversary of the St.Vincent Geist Half Marathon, dubbed the Race Across the Reservoir, is set for May 20. The race includes 5K and 10K runs. All races begin at 7 a.m.

“We are expecting somewhere in the range between 5,000 and 6,000 runners,” said Shelburne, a Fishers resident. “Typically, the 5K is our largest race with 3,000 runners, with the majority of those being school-age kids. We have a large school program.”

Shelburne said the event gives back to the Hamilton Southeastern Schools Foundation and the Lawrence Township School Foundation.

“Those funds can be used for anything that has health and well-being for school-aged children,” she said. “That covers mental or physical wellness.”

There are no course changes this year. First Merchants Bank, a sponsor, hosts the awards area. Goldfish Swim School in Fishers sponsors the kids area, which includes bounce houses, face painting and miniature ponies. The VIP area is nearly sold out.

“We have one of the largest VIP areas for any race locally,” Shelburne said. “This year, we have a dance floor, and we’ll have a DJ in there since it’s the 10th anniversary party. There is a beer garden that Sun King and Four Day Ray (Brewing) will be hosting.”

Race registration will be taken until May 19.