Charlotte Henderson is performing a role outside of her comfort zone, and she is loving it. 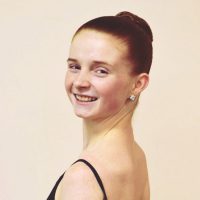 The Fishers High School sophomore is playing the role of Evil Queen in Carmel-based Central Indiana Dance Ensemble’s production at 2 p.m. and 7:30 p.m. May 20 at the Booth Tarkington Civic Theatre in Carmel.

Henderson said the biggest challenge is getting all the choreography straight.

Fittingly, Hannah Semler has always loved the character of Snow White, and the Westfield High School sophomore was selected by the choreographer during auditions to play the title role.

Semler, who is performing in her biggest role for CIDE, has been dancing since CIDE opened in 2008.

“We had six in our repertoire, and we needed something new,” DeLay said. “I thought ‘Snow White’ has really not been overused. There are lots of professional companies that are starting to do it. I found a choreographer that was willing to work with us.”

Chelsey Dahm Bradley, resident choreographer for Dance Wisconsin, is serving as the choreographer. This is the first time DeLay has worked with Bradley.

DeLay said her students love the show, “especially when they get out of their ballet mode and into their dwarf mode. They’re having a ball doing this. The dwarfs are mostly freshmen. They were cast on their personalities and at their audition, they had to be sleepy and all that. We have some good little actresses among the dwarfs.”