There was time in the early 2000s when David Gray’s pace was so exhausting he took a three-year break where he limited his recording and touring schedule. 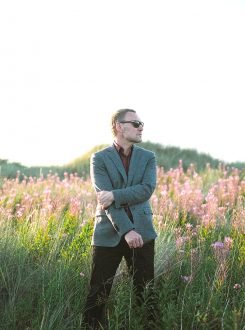 David Gray will perform at the Palladium in Carmel May 23. (Submitted photo)

“I’m always looking for a happy medium, that’s the endless quest,” Gray said. “Not just in touring, but in life. I’m looking and searching. I still haven’t found what I’m looking for, in the words of Bono. Recently, I’ve been doing shows in shorter bursts of shows. That’s one thing about the acoustic show, you don’t have the complexity of moving the gear around the world. You can move around faster. It’s much easier to move the gear in. If you have a band, you have to have a longer tour to make any kind of sense.”

Gray will perform his acoustic set at 7:30 p.m. May 23 at Carmel’s Palladium.

“I’m going to be playing songs from the very beginning right up to the present day,” Gray said. “It will be a cross-section of songs. I’ve got a grand piano and an acoustic guitar. I’ve got some looping pedals which help with some songs.”

Gray said the acoustic tour represents the essence of his music.

“I’m offering the songs to stand alone,” he said. “I think it’s a unique tour. I haven’t done a solo gig for many years, at least not properly. I’m taking it right back to the beginning. I can stand on my own again and let the songs alone fill the space. It’s worked well.”

Gray’s last album was “The Best of David Gray,” a 16-track set of greatest hits that included two new songs.

Gray said he is working on finishing a new album.

“Parts of it might come out this year,” Gray said. “We might release a track over the next six months. The record will maybe come out early next year. We don’t know yet.”

When it is released, Gray said he will likely tour six months to support it.

Gray most recently performed in Indianapolis at the Farm Bureau Insurance Lawn at White River State Park in 2015.