You are at:Home»Current in Carmel»Carmel Business Local»Carmel dental practice gets new home, name

Dr. Alex Balaban moved to the United States to give his then-young family more opportunity and escape the poor conditions of his home country. 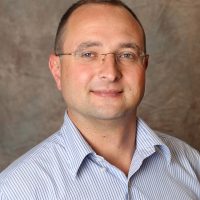 “We moved to get a better life,” Balaban said. “Moldova is still one of the poorest countries in Europe. The economy pretty much collapsed.”

The Republic of Moldova, which relies mostly on agriculture, was part of the Soviet Union until its collapse in 1991.

Balaban found a home for his business, starting a practice in Carmel in 2004.

He moved his practice to 200 Medical Dr., Suite A, from 13590 N. Meridian St., in November 2016. The practice’s name has changed from Carmel Comprehensive Dental Care to Smile Arts Dental. A ribbon-cutting ceremony is set for 4 p.m. May 18. From 5 to 6 p.m., there will be games for children and tours of the practice. There will be a free celebration featuring music, Russian food and hot dogs from 6 to 7 p.m.

Balaban said he wanted to wait to have the grand opening until the office was settled.

“We tried to move without disrupting operations,” Balaban said. “That was difficult.”

Balaban said the space is twice as big as his former office.

“We’re open five days a week and we try to be open one Saturday a month to accommodate some patients who can’t come during the week,” Balaban said.

Luba primarily serves as the office manager. The Balabans, who have five children ranging from 22 to 7 years old, live in Carmel.